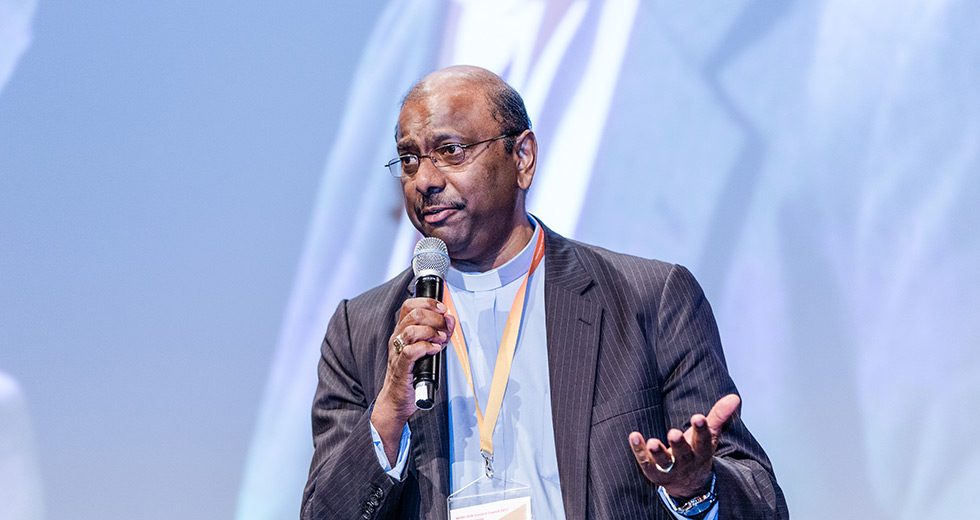 “This is a special day not merely for the Reformed family but for the ecumenical movement,” said WCRC President Najla Kassab. “Jerry will bring great gifts to the WCC. We look forward to working together and to continue the journey of building stronger relations between WCC and WCRC. His belief in unity and enthusiasm in working towards better relations among churches will provide new inspiration for the ecumenical movement.”

He is the ninth general secretary in the WCC’s history since the fellowship of churches was founded in 1948.

Pillay is currently dean of the Faculty of Theology and Religion, University of Pretoria. A member of the Uniting Presbyterian Church in Southern Africa, he is from South Africa.

Pillay was one of two candidates standing for election to the WCC’s highest administrative post. The other candidate was Elizabeth Joy. Pillay will replace outgoing acting general secretary Ioan Sauca, who began serving in that position in April 2020, when the previous general secretary, Olav Fykse Tveit, was appointed as the presiding bishop of the Church of Norway.

“May the WCC global fellowship warmly welcome you, pray for you, and show you in every way that we care for you as you take on important leadership in our ongoing journey toward Christian unity,” she said. “You and the ecumenical movement are making history—and forming a future in which we can live out God’s love for one another and for all.”

The general secretary serves as the WCC’s chief executive officer, and leads the WCC’s work, including final responsibility for WCC’s work and its staff.

Pillay will take up his position 1 January 2023.

(Article courtesy of the WCC.)