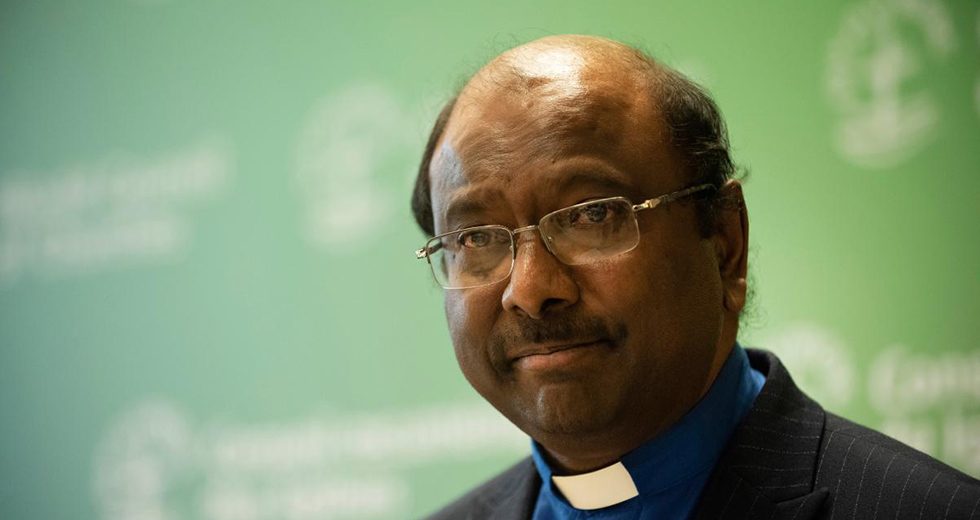 AIPRAL’s new executive committee approved a strategic plan for its work through 2027, providing continuity with current objectives, and also met with member churches in Colombia.

The Indigenous Day of Prayer, the Sunday before National Indigenous Peoples Day (in Canada on 21 June), is an opportunity to celebrate First Nations, Inuit, and Métis peoples’ values, customs, languages, and culture.

Jerry Pillay, former WCRC president the general secretary-elect of the World Council of Churches, believes growing up in South Africa will help his approach to conflict and suffering. He also reflected on his longstanding passion for ecumenism and his expectations for the WCC 11th Assembly in Karlsruhe.

Rosemary Lukens was elected moderator of the Evangelical Presbyterian Church’s 42nd General Assembly on 22 June. In her opening remarks, Lukens told the Assembly that the EPC “does not just have a mission—we are on mission: to carry out the Great Commission of Jesus as Presbyterian, Reformed, Evangelical and Missional.”

Carmen Lansdowne is the only nominee for moderator of the United Church of Canada‘s 44th General Council. Her election will happen in July when the church’s online General Council resumes.

Mission co-workers share post-pandemic travel tips: While excitement and exhilaration might be leading to fuller planes and longer check-in lines, the easing of travel restrictions have many churches excited as well, as congregations can start thinking about long- and short-term mission trips.

On the occasion of the Middle East Council of Churches 12th General Assembly and in preparation for the celebration of its golden jubilee, the MECC Communication and Public Relations Department presented a documentary entitled “The Middle East Council of Churches… 50 years of Continuous Witness,” highlighting the founding of the Council and the most prominent bright stations that MECC achieved through its ecumenical and humanitarian mission.