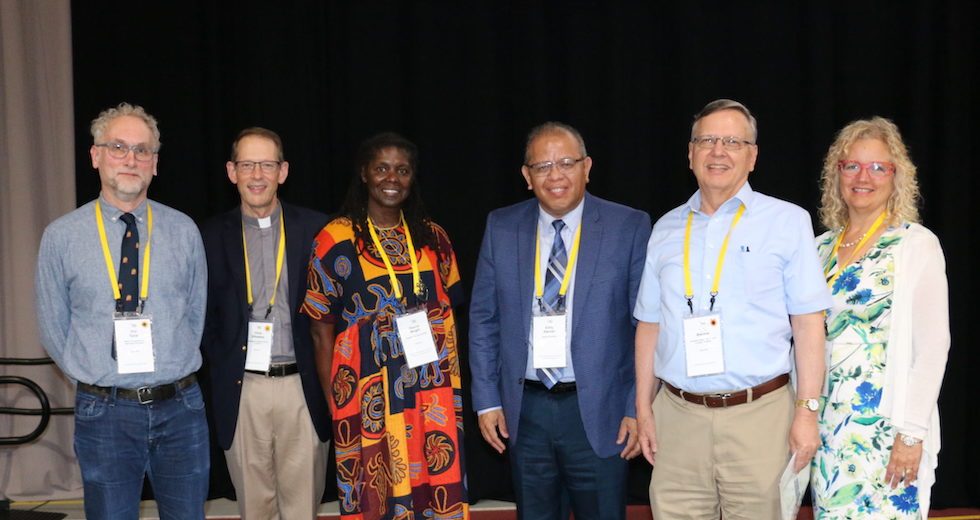 The Uniting Church in Australia is celebrating its 45th anniversary next week, and as part of the celebrations they’ve released a video which includes President Sharon Hollis sharing what she is thankful for about the Uniting Church and her hopes for the future.

Meanwhile, the Presbyterian Church in Chile celebrated its 154th anniversary with a worship service.

Alberta Billy, the We Wai Kai Elder who in 1985 demanded that The United Church of Canada apologize for its role in colonization and the loss of Indigenous languages, culture, and spirituality, passed away on 13 June 13. The moderator and the general secretary offer their deep condolences to Alberta’s husband Dan, their family, and their community.

The Presbyterian Church in Taiwan participated in a Council for World Mission East Asia Conference which covered a range of topics of importance.

God provides hope in Syria — and the United States: While 6 million people have been uprooted or displaced by 11 years of war, Christians are doing their best to assist and comfort their communities.

On the day an 11-year-old Texas girl told members of Congress how she smeared the blood of a friend over her body so she could play dead – to keep from being shot by the gunman who killed her teacher and her classmates – an interfaith group met at Washington, D.C.’s, Church of the Reformation to pray.

The Council for World Mission annual members’ meeting called for transformative discipleship in a wounded world.

The World Council of Churches central committee is convening in-person for the first time since 2018. The agenda includes review and action on the draft unity statement for the assembly, as well as on amendments proposed by the working group on constitution and rules, and by-laws for two commissions. The agenda also includes the election of a new general secretary in closed session as stipulated in the supplement to the rules.