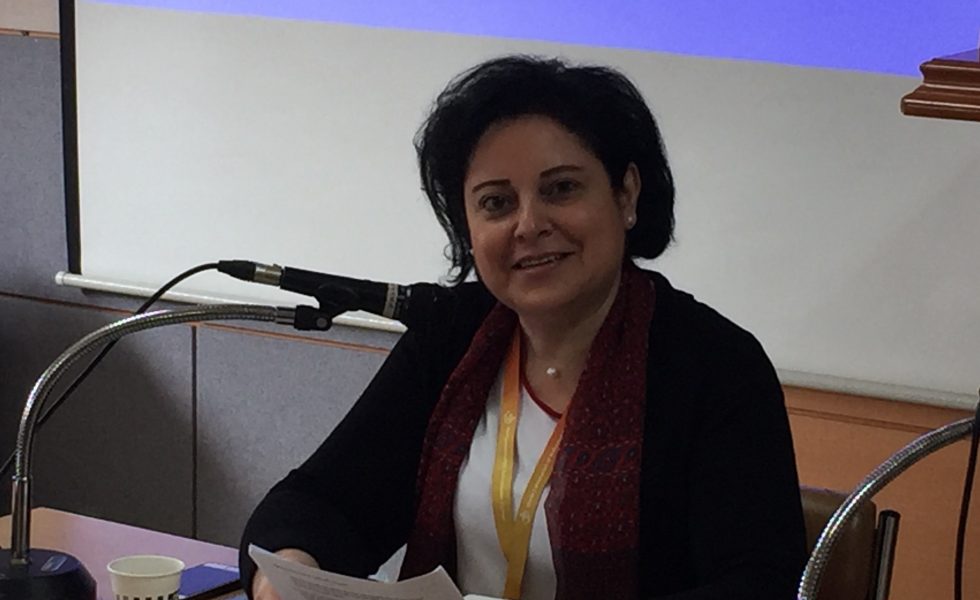 President Najla Kassab, in her first address to the new Executive Committee of the World Communion of Reformed Churches, said, “We are grateful for God who brought us here in Seoul at this time where all efforts toward peace have started to bear fruits.”

“Through the work of the Holy Spirit we will be challenged to live as ambassadors for reconciliation and will strive to be healed from a past full of pain and division to a new community transformed, reconciled and renewed,” she said.

This first meeting of the new Executive Committee, elected during last summer’s General Council in Leipzig, Germany, continues through Wednesday, 16 May. Besides conducting their business, the Executive Committee will deepen the WCRC’s involvement in the Korean peace process by holding a prayer vigil in the Demilitarized Zone (DMZ), worshiping in local churches and hearing from Korean church leaders. They have already participated in a special prayer service for peace on Wednesday evening at the Han Shin Church.

“The context of the Korean peninsula urges us to spell justice in practical steps of crossing borders and meeting others and hearing stories from the other side of the grass,” said Kassab.

Noting that the main work of this year’s Executive Committee was to adopt a new strategic plan, she said, “The General Council entrusted us with a big number of actions, concerns and challenges. Prioritizing and setting a timetable is vital for our success and progress.”

Kassab also said that building a stronger communion “starts with our work together in this meeting” through getting to know one another better and building a community around the working table. She also noted several other ways to help “us grow together a communion:”

“I look forward to working together as a communion who strives for building stronger relations among churches and strategizes to lift up justice as a lens through which we evaluate what we do, how we view the world around us and how we reach out in mission,” she said.

General Secretary Chris Ferguson also presented his report to the Executive Committee today, “giving thanks to the Living God for the rich and deep witness and work of our member churches, our officers group, our staff and our many networks and working groups who have sought in the past year to live out our identity as a global koinonia, called to communion and committed to justice.

Beginning with an overview of the General Council, Ferguson’s report gave an account of the work done since last summer, including the creation of a proposed strategic plan—which the Executive will begin consideration of on Saturday.