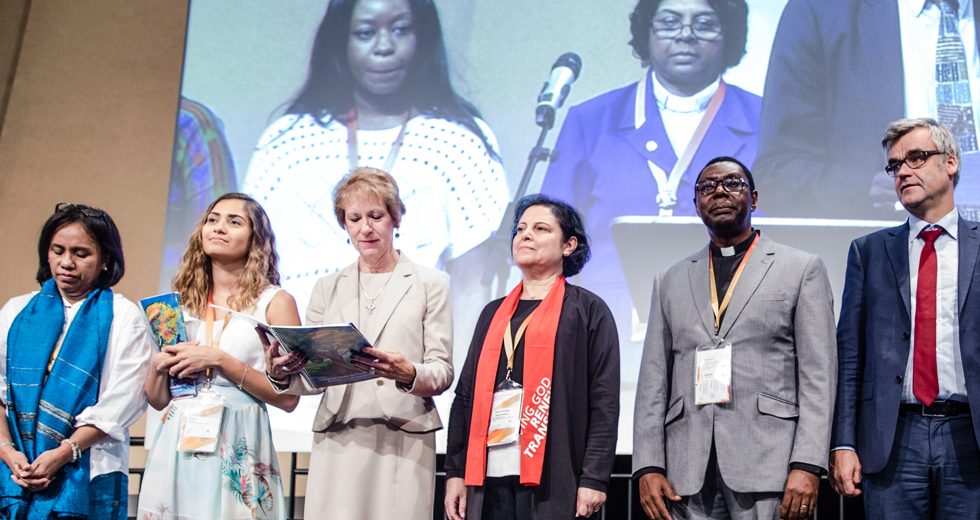 The WCRC’s executive committee is comprised of officers and members selected by the last general council, as well as elected leaders of the regional councils (these latter noted with an *). The general secretary sits on the committee as an ex officio member. Among other responsibilities, the executive committee meets annually to: