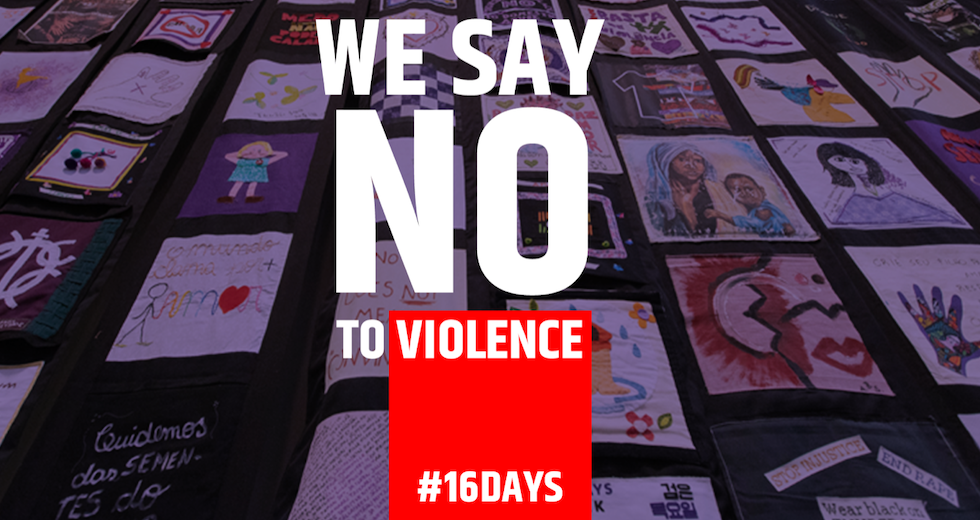 Pastor and teacher Adelaida Jiménez of the Presbyterian Church of Colombia was appointed by her country’s government to join the peace talks between state authorities and the guerrillas of the National Liberation Army (ELN).

In a letter to Colombian president Gustavo Petro Urrego, and to the high commissioner for peace Danilo Rueda Rodriguéz, the World Council of Churches, World Communion of Reformed Churches, and ACT Alliance congratulated the government of Colombia for the appointment of four women to the negotiation team for a peace agreement with the National Liberation Army.

In marking the 16 Days of Activism Against Gender-based Violence, the president of the Uniting Church in Australia and moderators of all six Synods have united to share this national message: as the Uniting Church, we say no to violence.

As Christmas and the holidays approach, Christians experience the season of Advent as a time of expectant waiting and preparation. This year, four Canadian national church leaders, including United Church Moderator Carmen Lansdowne, will present a special series of Advent meditations and conversations that answer the question: “What are we waiting for?” Meditations will be shared each Monday of Advent.

The Council for World Mission’s INSiGHT arrives during Advent, a time of joyful anticipation to commemorate the arrival of Jesus. Like those who awaited the Messiah to deliver them from oppression, this issue’s spotlight on The Onesimus Project sounds a clarion call for urgent transformation and liberation for those trapped in modern slavery and for restorative justice from the legacies of slavery.

An Asia regional consultation on “Towards Theological Education on Good Governance and Integrity Leadership,” organized by the Christian Conference of Asia (CCA), began on 28 November at the CCA headquarters at the Payap University Campus, Chiang Mai, Thailand.