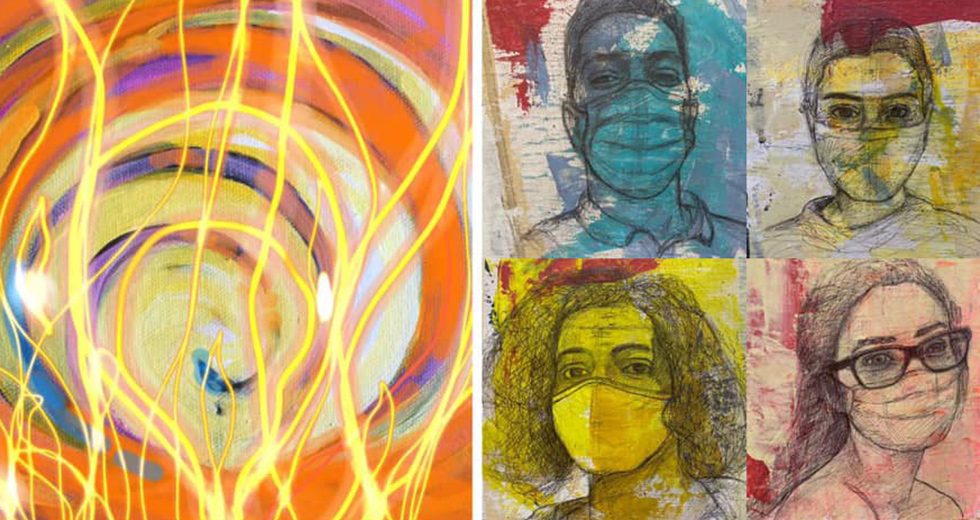 This year marked the 200th anniversary of the first Protestant cemetery in Argentina, which consisted of what is now the German Cemetery and the British Cemetery in the Chacarita neighborhood of the city of Buenos Aires.

The Uniting Church in Australia is greatly disturbed to hear reports of further destruction of cultural and religious sites and artefacts in Artsakh (also known as Nagorno Karabakh). Since the November ceasefire between the Republics of Armenia and Azerbaijan, reports of ongoing destruction continue to filter out from the region causing deep distress to many.

A “Prayer for the Holy Land” was written by Diana Paulding of the United Reformed Church (UK) from the context of the participants of the URC’s educational visit to Israel and Palestine in 2019. It has been adapted for possible use in collective worship.

Six pastors and church musicians list their top songs for Pentecost, most of which can be found on Hymnary.org or YouTube.

Fifty young people from twenty-two denominations based in Cuba undertook a virtual journey of Christian art and liturgy (pictured).The trip was sponsored by the Area of Formation and Study of the Cuban Council of Churches, based on a call of the Liturgy and Youth Programs from the project “Ecumenical Community Pastoral for the Unity of the Cuban Church”, with the support of Churches Helping Churches (Germany).

The Swiss Council of Religions expressed its deep concern about the armed conflicts currently centered on Israel and Gaza.

On the occasion of Germany’s 3rd Ecumenical Kirchentag, Council of European Churches President Christian Krieger participated in a webinar about European churches organized by the European Christian Convention. The webinar covered a range of topics including individual freedom and dignity for all, the rule of law and democracy, human rights, and sustainability. Watch the webinar in English and German.

The World Council of Churches executive committee released a public statement urging the world to come together to “Overcome Global Injustice and Inequity, to Defeat the Global COVID-19 Pandemic.”