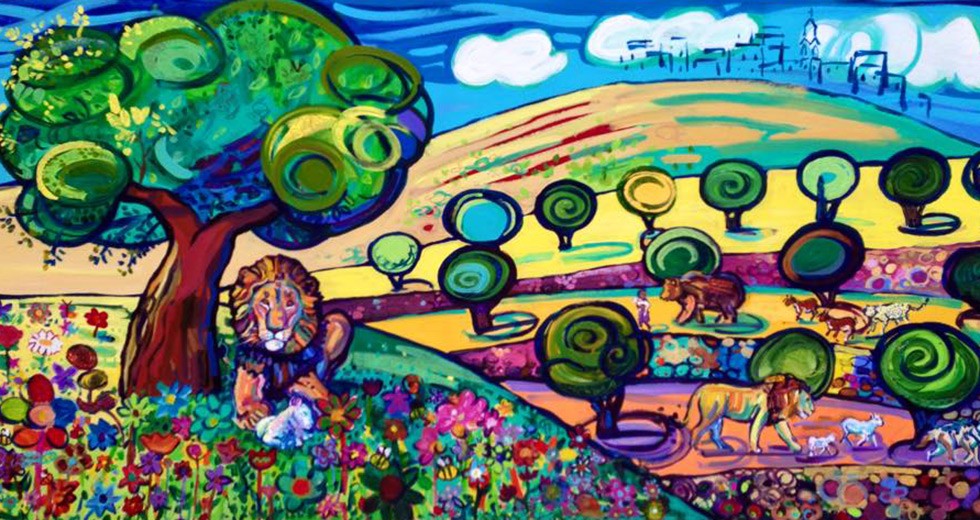 Here are some recent stories from WCRC member churches. Click through any of the links in the summaries to read more.

The Presbyterian Church in Taiwan held its first youth camp for indigenous people. Kalamis, which means “digging root deep” in Bunun aboriginal language, was held from July 24 to 26 at Presbyterian Bible College in Sin-chu and attended by about 80 aboriginal youth.

An arts-focused mission team from Fellowship Reformed Church (Holland, Michigan, USA) spent a week in the West Bank (producing the painting above, among other activities). Fellowship’s pastor reflected on their time there in a blog post titled Who Would Like to Be Jesus?

The Evangelical Presbyterian Church in Chile has issued a statement (in Spanish) on the situation in their country, which is facing political and economic issues of mistrust, disappointment and frustration.

A Presbyterian Church (USA) pastor talks about his first encounter with racism in the United States, having just arrived from Nigeria.

A video produced by the Uniting Church in Australia General Assembly’s Formation, Education and Discipleship unit asked Uniting Church youth ministry leaders what they appreciate about the Church. Diversity was a common theme that emerged from the conversation.

A new book examines the nature and scope of religious persecution worldwide, explores the response of the church, and proposes steps church leaders and members can take to stand up for religious freedom and build a faith-based movement against persecution. It is published by Calvin College (of the Christian Reformed Church in North America).

Jackie Macadam, of the Church of Scotland, discovers an upsurge in pilgrimage, both at home and overseas.

← Prayers requested in wake of typhoon
Reformed Tastes: Glimpses from around the world →