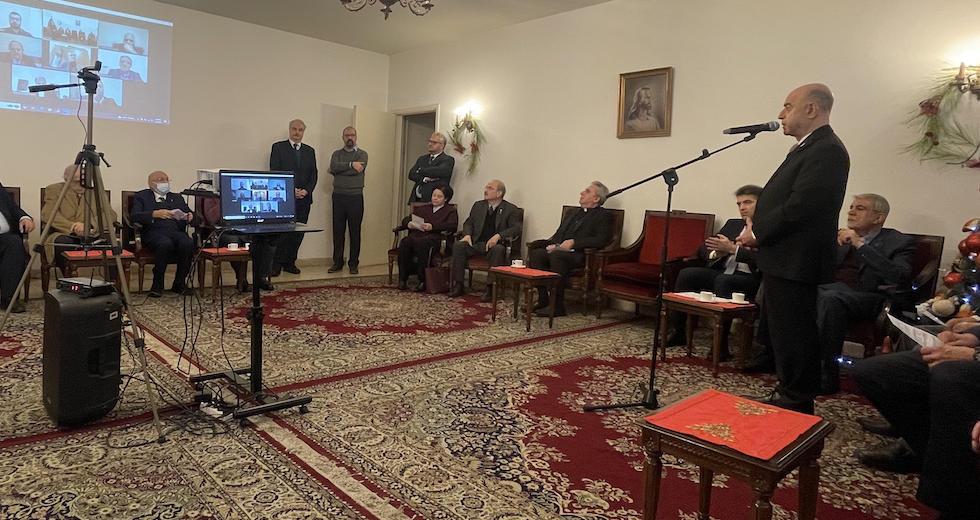 The Presbyterian Church (USA) and United Church of Christ are co-sponsoring the webinar “Older Adults & Climate Change” on Tuesday, 24 January, beginning at 7:30 (EST) which features a discussion by three well-known environmental leaders in the church and includes a question and answer session.

Christian Albecker, president of UEPAL—the Union of Protestant Churches of Alsace and Lorraine—shares his wishes for the new year.

First Presbyterian Church of Port Gibson, Mississippi, received an entry on the website Atlas Obscura for its unusual steeple topper: a golden hand. The hand honors the congregation’s first installed pastor, Zebulun Butler, who served from 1828 until his death in 1860 and punctuated his sermons by pointing up as if to heaven.

Participants in the Roman Catholic-Reformed Ecumenical Dialogue in the United States are encouraged by the most recent gathering of church and ecumenical representatives. The latest meeting was held before the holidays late last year with representatives from the Presbyterian Church (USA), the US Conference of Catholic Bishops, the United Church of Christ, and the Christian Reformed Church in North America.

The 2023 Week of Prayer for Christian Unity, which begins on 18 January, focuses on the promotion of racial justice.

Book launch: Every Part of Creation Matters: Caring for God’s creation is an integral part of the calling of the churches. How can this be done? The question is explored in depth in the book Every Part of Creation Matters. The book published by the Conference of European Churches in partnership with Globethics.net will be launched in an online event on 18 January 2023 at 14:00 (CET).