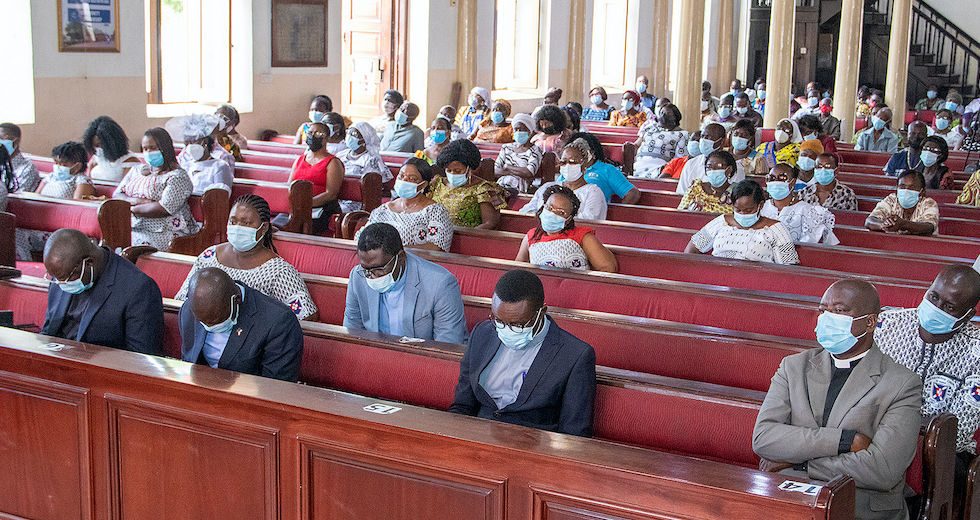 The moderator of the Church of Scotland’s General Assembly has joined faith leaders from across the United Kingdom in urging governments to take transformational action on climate change at the COP26 in November.

On 21 September, the International Day of Peace, the III International Ecumenical Peace Vigil for Colombia was held, this time under the theme: “Territories in conflict and international solidarity.” The vigils are spaces convened by various ecumenical organizations working for peace in Colombia through various actions.

Women in Argentina have reached across more than 15,000 kilometers with a message of solidarity for women in Afghanistan. With an initial idea from women in the Entre Ríos District of the Evangelical Church of the Río de la Plata, the effort now involves women and youth from a broader range of church-based groups now called Notimujer.

The Evangelical Mission in Solidarity (EMS) opened its anniversary year last Sunday, 19 September, with a festive service at the Ebenezer Presbyterian Church in Osu in Accra, Ghana. EMS will celebrate its 50th anniversary through November 2022 with church services, conferences, and international encounters. For EMS, the anniversary is not only an occasion to celebrate, but also to reflect and act.

Churches and schools in South Sudan are providing shelter to displaced populations after floods—caused by early seasonal rainfall— submerged their homes and farmland.

The members of the Reimagining Table of the Latin American Council of Churches (CLAI) have presented a proposal to reorganize the way of articulation and common actions of the churches and ecumenical organizations that are members of CLAI, under a network model.

At a “meet and greet” held in conjunction with an international symposium on digital justice, young people candidly shared what digital injustice means to them. Allowed to speak freely, their list began to reflect the grave consequences of digital injustice on the global young generation.