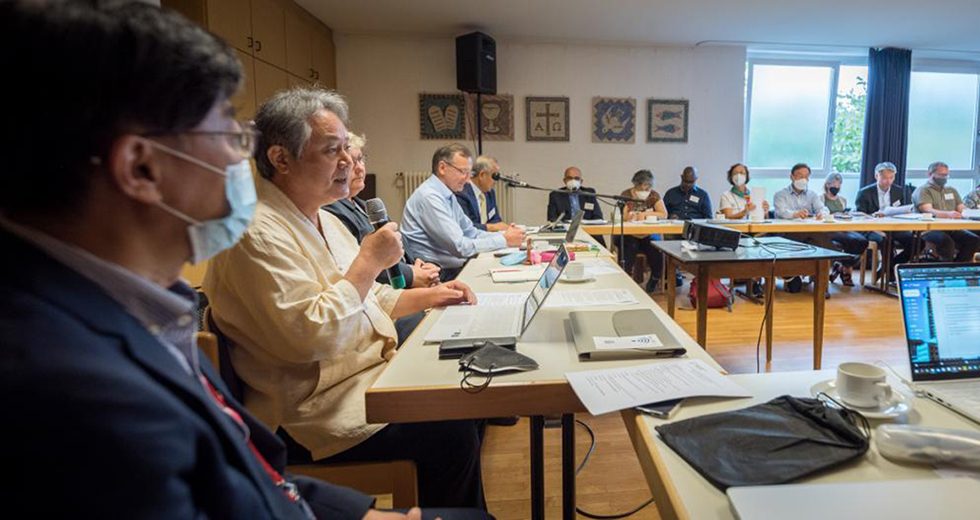 From the Uniting Church in Australia, in Week 3 of Season of Creation, Ngarrindjeri man and Uniting Aboriginal and Islander Christian Congress leader Sean Weetra offers a reflection on what it means to listen to the voice of creation. From the Discipling the Next Generations Circle comes a prayer written by young members of Willoughby Northbridge Uniting Church and from the NSW/ACT Synod, an inspiring video highlighting young Pasifika voices at Auburn Uniting Church in Western Sydney speaking on what it means to be wise stewards of the earth.

On 3 September 3 more than 200 trees were planted in the farm belonging to the “25 de Mayo Community” of the Evangelical Congregation of Alto Uruguay, as part of the Crece Selva Misionera program, a project of the Protestant Foundation Hora de Obrar of the Evangelical Church of the Río de la Plata, which promotes the reforestation of the banks of water courses and fields with native tree species.

Umav Ispalakan, the Indigenous representative from the Presbyterian Church of Taiwan to the World Council of Churches Assembly, spoke about the Indigenous pre-assembly and the important issues identified there and brought to the whole assembly.

United Church of Christ participants join in work of unity and reconciliation at World Council of Churches 11th Assembly. The UCC was well represented as Christians from around the globe gathered for worship and dialogue—and spoke out on today’s urgent global issues.

Unity among members of the World Council of Churches? Not in every case, Presbyterians on the ground report: statement on seeking justice and peace in the Middle East stops short of calling Israel’s actions against Palestinians “apartheid.”

Iain Torrance, the Emeritus Dean of the Chapel Royal in Scotland, has shared his and his late father’s, both former Church of Scotland moderators, personal reflections of meeting Queen Elizabeth during her reign.

Pan-African women tell stories that celebrate who they are: At the World Council of Churches 11th Assembly in Karlsruhe, the Pan-African Women’s Ecumenical Empowerment Network held a hybrid workshop for all to come, learn about their mission, and hear their voices.

Applications are open for a Young Adults Training for Religious Amity program (YATRA) to be held in October, organized by the World Council of Churches in partnership with the Christian Conference of Asia, Church of Christ in Thailand, and ACT Alliance.