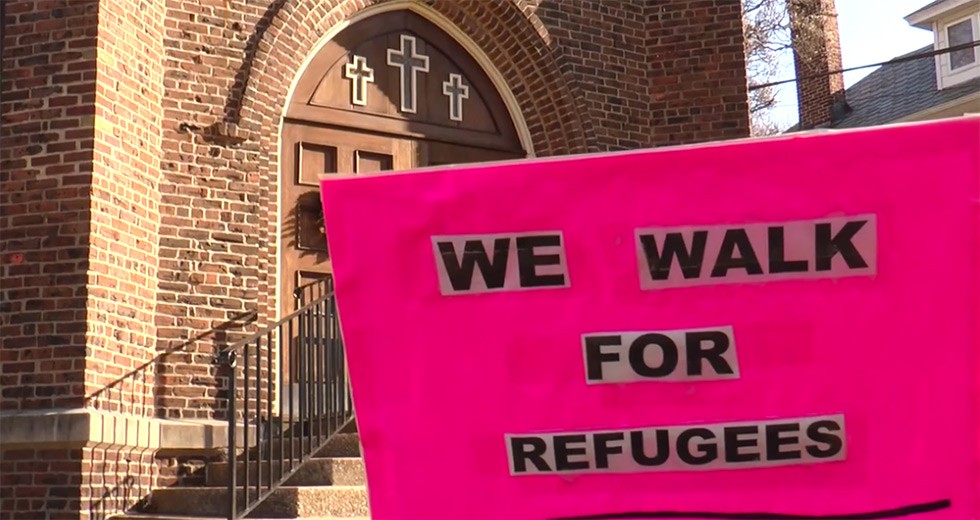 The Reformed Church of Highland Park (New Jersey, USA) has assisted in resettling Syrian refugee families also raised money for Syrian families to use for rent and groceries when their federal government aid runs out. Reverend Kaper-Dale says: “We offer compassionate support to families.”

Many of in the Uniting Church in Australia have been reflecting deeply on the #LetThemStay campaign including Rev. Dr Ji Zhang of UnitingWorld who offered a Lenten reflection when he led the Assembly office in worship this week.

Donald Trump, still feeling the aftershocks of his spat with Pope Francis who suggested he was “not a Christian” for proposing a border wall with Mexico, now faces the wrath of his own Presbyterian church leadership who say his views on immigration are out of line with its teachings.

The Rev. Dr. Carlos Emilio Ham-Stanard visited Grace Presbytery in Irving, Texas, in January as part of a whirlwind tour of seven stops in 14 days in the United States. He is the president of Matanzas Evangelical Theological Seminary in Cuba and was making personal visits so he could get to know the seminary’s partners better.

An historic agreement recognising the longstanding ecumenical partnership between the Church of Scotland and the Church of England and paving the way for future joint working between the two churches has been backed by the General Synod.

The Presbyterian Church in Taiwan is not only attending to the physical needs of earthquake victims but is also attending to spiritual, psychological, social and educational needs.

Steve and Chris Van Zanen connected with many ministries focused on refugees on a recent trip to Germany. The Van Zanens serve with Christian Reformed World Missions at LCC International University in Lithuania and Steve is CRWM’s team leader for Europe. Their visit to Germany gave them a better sense of the situation that refugees face, current ministries working with them, and ways that CRWM might contribute.

Tom DeVries, the general secretary of the Reformed Church in America, shares a reflection on the importance of missional ecumenism.

Arts and immigration justice will intersect in Arizona, for three days during the “Common Ground on the Border” festival. In its third year, the March 17-19 event gathers a multicultural community of musicians, artists, writers, lecturers, actors, and dancers of all ages at The Good Shepherd United Church of Christ, in the United States-Mexico borderlands, for conversation and creativity.

The president of the Pontifical Council for Promoting Christian Unity, Cardinal Kurt Koch, visited the Council of Churches of Cuba, where he met with its president, Rev. Joel Ortega.