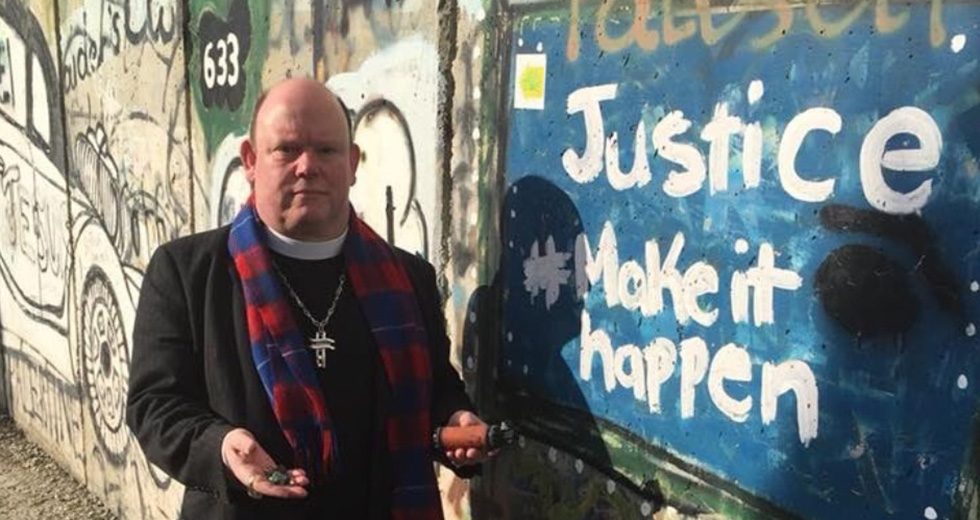 Church must fight fear and racism with organized love, the United Church of Christ leader advises German partners. The United States is in danger of abandoning two long-held commitments – welcoming the stranger and struggling for civil rights – and replacing them with fears of immigrants and people of color. The church should be a leader in preventing that.

The sale of fruitcakes in Taiwan will assist the recovery from a typhoon in Japan.

An ecumenical charity in Scotland that supports Christians in the Middle East has celebrated its 10th anniversary.

Have we lost our ability to live without fear? Not if we belong to God in both life and in death, border conference preacher says.

Judged by some of the top theologians and communicators in the Christian world, Theology Slam aims to encourage a new generation to think theologically about the world around them —and to encourage the church to listen to what they have to say. The competition is open to anyone aged 18-30. Entries for round one must be submitted by 5 January 2020.

The first-ever Asian Ecumenical Women’s Assembly organized by the Christian Conference of Asia was opened in a celebrative worship service held at the Presbyterian Bible College auditorium in Hsinchu, Taiwan. The Assembly has convened around the theme, “Arise, Be Awake to Reconcile, Renew, and Restore the Creation.”

The World Council of Churches is hosting a lecture and book launch by Jürgen Moltmann. Moltmann will speak on “The Spirit of Truth,” and his most recent book, Hope in These Troubled Times at the event in Geneva on 2 December.