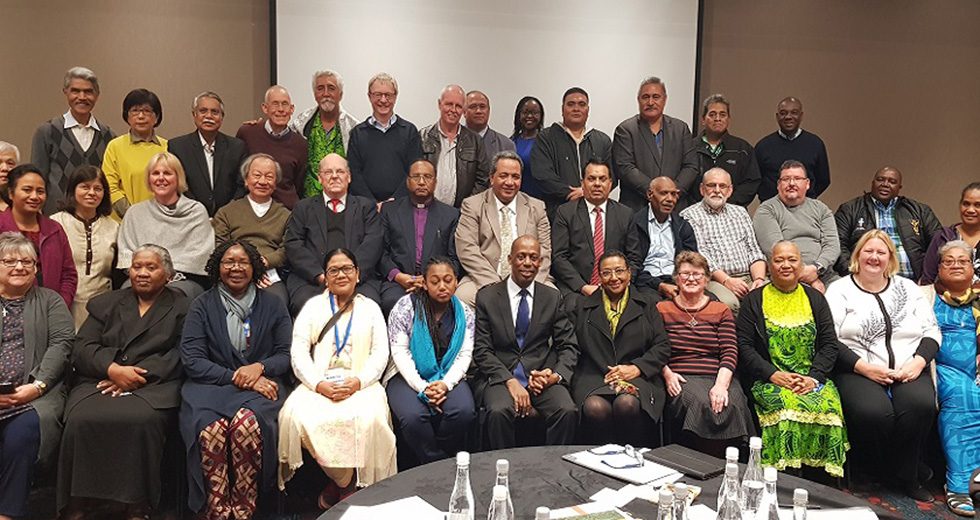 Evangelical, Catholic and Orthodox church leaders in Lebanon met to discuss the current situation in the country, issuing a joint statement about the protests and needs for reform.

Almost 6,000 families on the South Side of Chicago, USA, have had their collective $5.3 million medical debt forgiven through a collaborative effort of local, Conference and national bodies of the United Church of Christ and other partners.

The historical film Zwingli will be released throughout Germany on 31 October, Reformation Day.

Grace Ji-Sun Kim writes about how Indigenous peoples teach us about climate justice on the World Council of Churches’ blog.

Firas Farah, who pastors in the small Protestant parish of Qamishli, recounts the first days in the border town after the Turkish invasion.

Princeton Theological Seminary will implement a multi-year action plan to repent for its ties to slavery, including increased student financial assistance, curriculum changes and added support for the Center for Black Church Studies

John Proctor, general secretary of the United Reformed Church, offers a report from the Council of World Mission’s meeting of church leaders in New Zealand.

Churches and faith organizations in Chile denounce social injustices and call for an end to all violence.

The Roman Catholic Church has presented a formal response to “The Church: Towards a Common Vision,” the fruit of three decades of international ecumenical conversation about what it means to be the church.

Populism and human rights were in sharp focus at Conference of European Churches conference while the Communion of Protestant Churches in Europe took up the issue of sovereignist and separatist tendencies in society.

A journalist, a cultural activist, a social communicator, a former WACC director of research, and a social justice activist have been named 2019 Honorary Life Members by the World Associate of Christian Communicators.

Child rights activists and representatives of churches and organizations working on the rights and dignity of children from various countries and regions across Asia affirmed the need to combat sexual abuse and exploitation of children.