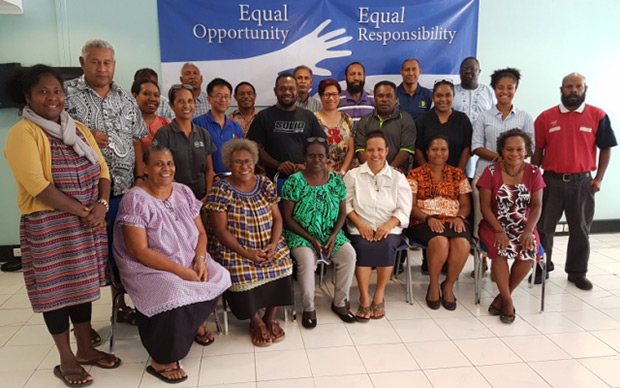 Ecumenical leaders gathered in Louisville last weekend explored how God continues to call the church to be a faithful witness, even during the current troubled times. The “Healing the Nations” ecumenical conference, held at the Presbyterian Center and attended by about 35 people, honoured the life and global work of Robina Winbush, the former director of ecumenical and agency relations in the Presbyterian Church (USA). An ecumenical memorial service was also held.

Ecumenical Grants Foster Community Connection: One year after a van attack left 10 people dead and 16 injured in Toronto’s Yonge Street/Finch Avenue area, local churches worked together to remember the victims, share stories over dinner, and simply connect as a community.

The Calvin Synod Conference of the United Church of Christ has joined the Hungarian Reformed Church.

The International Consultation on Human Sexuality, Gender and Diversities was organized by the United Church of Canada and the Reformed University Corporation in Barranquilla, Colombia. The aim was to deepen a framework of analysis on the growing gender inequalities and in relation to the LGBTI population in Latin America and the Caribbean.

Tales of Christian Unity: This week is the Week of Prayer for Christian Unity in Australia (and elsewhere). Ecumenism is often said to be a defining quality of the Uniting Church, and three church leaders share their stories and prayers.

The gifts and treasures that have emerged from African American churches in North America are a blessing to so many churches all over the world.

United Church of Canada Moderator Richard Bott reflects on the movement of the Holy Spirit in our lives in his Pentecost message.

Remembering D-Day: George St. Cyr didn’t talk about his World War II experiences for almost 50 years – not until he met his wife, Renee, and learned that his regiment was among those that liberated the small Dutch town she was from.

“Come and See – A Theological invitation to the Pilgrimage of Justice and Peace,” a text newly published by the World Council of Churches Faith and Order Commission, draws from different traditions in order to make the case for common witness.