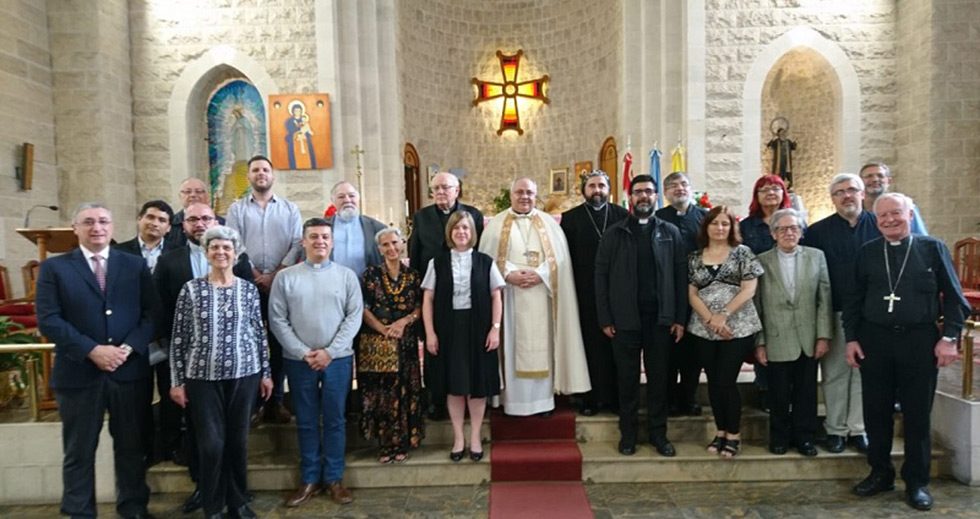 A new church in was dedicated in Aleppo, Syria.

The life, service and impact of Dr. Samuel Noordhoff, a missionary from the Reformed Church in America to Taiwan, is shown in a video, Long Vacation. His recent death made national news in Taiwan, including a tribute from the president.

The Council of Churches of Cuba received the Esperanza Prize on World Aids Day for its work in response to HIV while the Church of Jesus Christ in Madagascar celebrated its 50th anniversary this year by promoting free HIV testing at all of its commemorative events.

Coming in January: a new film about the life of Huldrych Zwingli (take a look at the teaser trailer through the link).

Just months after celebrating its 40th anniversary, Zomba Theological College in Malawi has been registered by the National Council for Higher Education

Important ecumenical work was noted in a recent meeting of the Ecumenical Commission of Christian Churches of Argentina even as a new ecumenical Advent reflection was released.

Faith-based groups gathered on 2 December, the eve of the opening of the United Nations climate conference, in Katowice, Poland, for an Interfaith Talanoa Dialogue to take stock of the collective global efforts to reduce the emissions of greenhouse gases, and United Church of Christ justice leaders responded to a dire climate change report that gives a detailed analysis of the effect of climate change on every facet of life in the United States.

In the spirit of Christmas, European church leaders are affirming the values of dignity, respect and compassion for refugees and migrants.

“Reconciliation, Renewal and Restoration: Divine Indicative and Human Imperative” will be the theme of 2019 Congress of Asian Theologians.