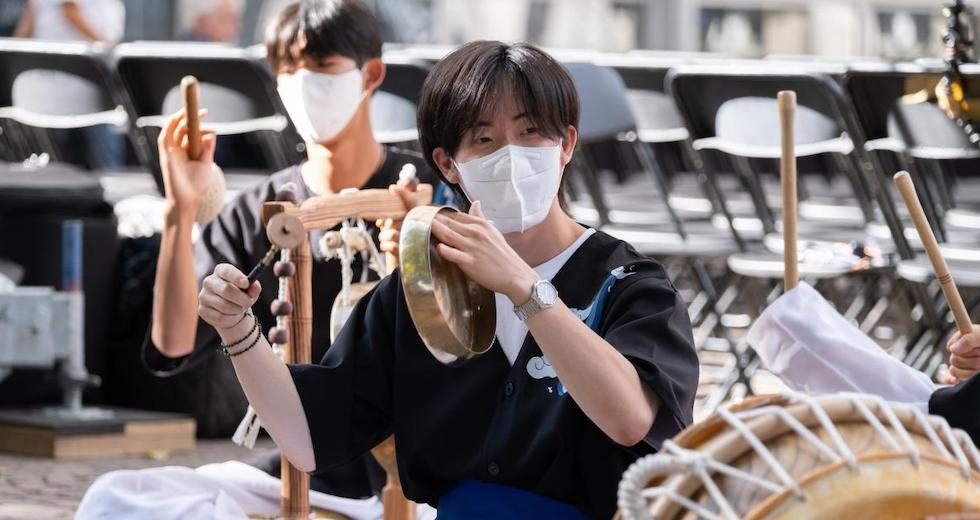 The World Council of Churches (WCC) 11th Assembly in Karlsruhe, Germany, has concluded. Members of the World Communion of Reformed Churches were actively involved. Below are a few of those stories:

The Protestant Church in Switzerland, one of the host churches, has posted a regular stream of pictures and essays on their website.

Josef Kassab (National Evangelical Synod of Syria and Lebanon) made a presentation on the Lebanon’s current situation.

President of the Conference of European Churches Christian Krieger delivered greetings at the Assembly, welcoming the global ecumenical community in Europe with a hope that the assembly will “empower churches to strengthen their vision of reconciliation and unity, in our fractured world today.”

At a press conference Karen Georgia Thompson (United Church of Christ), Gordon Cowan (United Church in Jamaica and the Virgin Islands), and Henriette Hutabarat-Lebang (Toraja Church) spoke about the needed response from churches regarding gender justice, persons with disabilities, and the rights of the earth.

Presbyterian Church in Taiwan called for ecumenical action for justice and peace during its workshop at the Assembly.

John C. Dorhauer (United Church of Christ) spoke about the environmental impact of the military at a workshop.

The Assembly presented a minute on ending the war and building peace on the Korean Peninsula. The minute notes that the WCC 10th Assembly in Busan, South Korea, drew the attention of the worldwide ecumenical movement to the ongoing search for peace, reconciliation and reunification of the divided Korean people.

In a minute from the Assembly, the WCC expressed grave concern over the serious, systemic violations of security and human rights in West Papua.

A statement from the Assembly, “The Living Planet: seeking a just and sustainable global community,” raises an increasingly urgent voice of concern and demand for action.

Image: 2 September 2022, Karlsruhe, Germany: Bringing music, culture, and the expression of their faith from around the world, participants experienced a wide range of Christianity at the 11th Assembly of the World Council of Churches. Photo: Simon Chambers/WCC