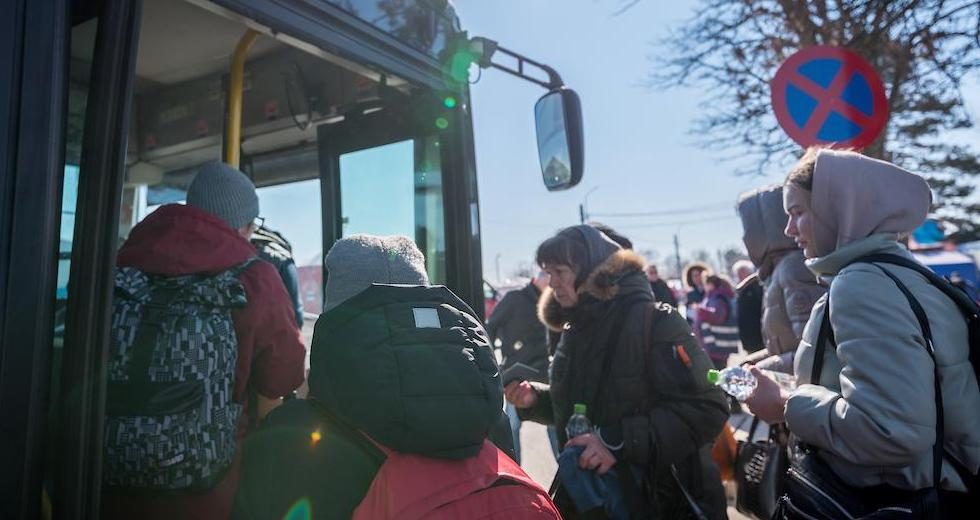 On 26 April, from 8:00 to 10:00 p.m. (Taiwan time; UTC+8) the Taiwan Ecumenical Forum for Justice and Peace is holding a two-hour youth webinar under the same theme of “The Neo-Cold War: The Resurgence of the Geopolitics of Global Empires in (North) East Asia.” This webinar will feature young people’s voices, with panelists from Japan, Korea, Taiwan, and Thailand speaking from their young perspectives.

Sándor Zán Fábián, bishop of the Reformed Church in Transcarpathia, Ukraine, has served as pastor of the Reformed congregation in Mezővári for twenty-five years. The war and armed conflict will change the life of the region forever, including this small village. Since the outbreak of the war, he has been working continuously, spending his days helping those in need, including refugees and internally displaced persons. In the shadow of historical events, we talked about his family, the history of the region, his being Reformed, and his personal faith.

Arab Institute for Women was the first of its kind in the Arab world: The Lebanese American University has Presbyterian roots and maintains its relationship with both the Presbyterian Church (USA) and the National Evangelical Synod of Syria and Lebanon through inviting members of each denomination to sit on the Board of Trustees.

Refugees and racial equity – something the U.S. needs to consider: In this commentary, United Church of Christ Associate General Minister Karen Georgia Thompson urges the Biden administration to extend similar protections to other refugees around the globe impacted by violence and persecution.

CRCNA Missionaries Care for Ukrainian Refugees: They’ve also been assisting the Reformed Church of Hungary’s refugee ministry, which is focusing on more long-term needs for all refugees, including housing, education for children, language learning, and trauma healing.

The Council for World Mission has launched a Master of Theology in Theological Education for an Economy of Life (MTh TEEL) in partnership with Union Theological Seminary, Philippines.

World Council of Churches encourages singing, praying for peace as creative ideas abound: A “human chain” singing for peace and a new hymn by Swedish composer and pastor Per Harling are just two of many creative ways people are expressing their yearning for peace.

The World Council of Churches convened an ecumenical roundtable consultation on the situation in Ukraine, calls for diplomacy instead of threats, dialogue instead of confrontation.

Image: Refugees from Ukraine board a bus to Suceava from the Vama Siret border crossing, Romania. The Vama Siret border crossing connects northeast Romania with Ukraine. Located north of Siret and further in the south the city of Suceava, the crossing connects Romania with the Ukrainian village of Terebleche and further north the city of Chernivtsi. Photo: Albin Hillert/WCC