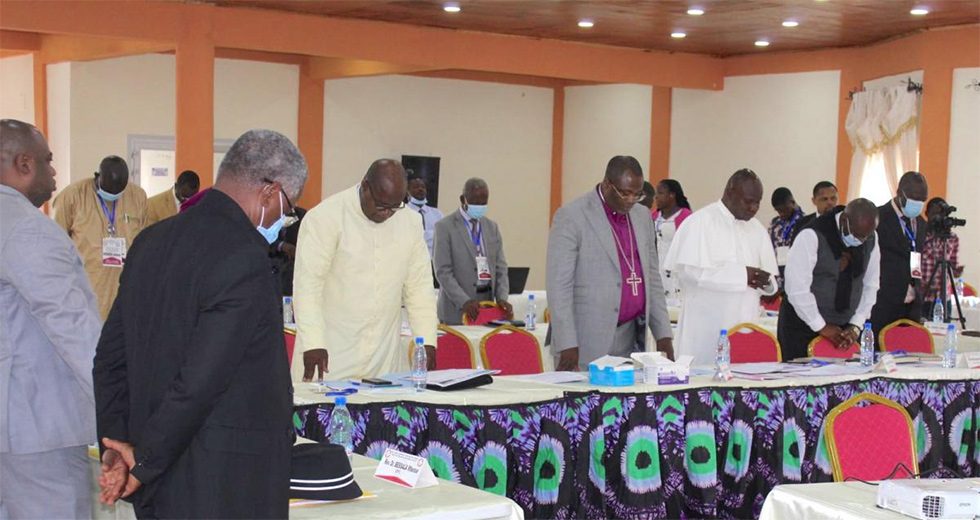 Forba said that the conference helped religious leaders build their capacity in the area of peace. “The conference has equipped us; now we are ready to go out as peace ambassadors to broker peace in the restive regions of our country,” he said.

Cameroon’s 27 million people have two official languages—English and French—but the people in the two linguistic groups are divided, adding to the nation’s woes and its church leaders’ concerns. They also face another affliction—violent extremists such as Boko Haram.

“A new term that we gained in the workshop is to go out as ‘religious diplomats,’ and broker peace in the rest of the regions of our country,” Forba said.

The conference was organized by the Council of Protestant Churches in Cameroon and supported by the Ecumenical Forum on the Anglophone Crisis in Cameroon.

“The conference was such a huge success,” Forba said. “It has enabled us to take a date for a peace crusade on the second of January. It also gives us the possibility of creating a religious committee that will be doing business on behalf of the rest of religious leaders in Cameroon.”

Forba noted that conference participants included religious leaders from different parts of Cameroon, with representation from Muslims, Catholics, a Pentecostal group, Protestants, and the Full Gospels Church, “so it was amply representative of all religious groupings in Cameroon.”

After the workshop, the leaders present issued a statement saying “that the cost and consequences of the armed conflict in Anglophone Cameroon and the Boko Haram insurgence in the North are becoming increasingly unbearable on the local populations who are paying a high price for these conflicts.”

“We the Religious Leaders of Cameroon acknowledge our neutrality and impartiality while reserving our rights to point out what is right or wrong in any conflict situation, decided to make the following declarations,” the statement reads.

The statement declares the readiness of religious leaders of Cameroon to use their institutions and means to “objectively, faithfully, fearfully and lovingly assist, if not play a front role to bring about a just and peaceful end to the armed conflict ravaging Anglophone Cameroon.”

The World Communion of Reformed Churches (WCRC) is a member of the Ecumenical Forum on the Anglophone Crisis in Cameroon. Funds from Otto per Mille were utilized to hold the conference as a part of the WCRC’s Global Peace Initiative project.