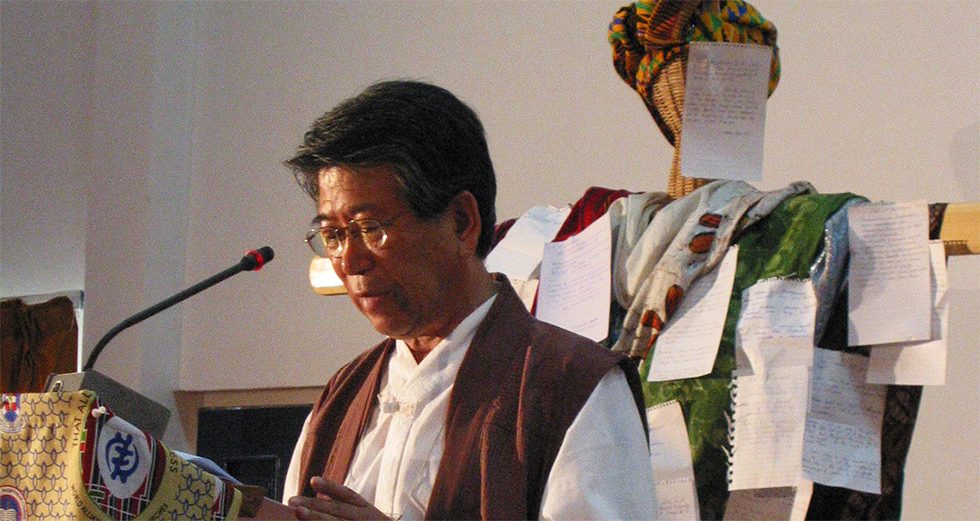 The World Communion of Reformed Churches (WCRC) mourns the passing of Kim Yong-Bok on 7 April, at the age of 84, from cancer.

Kim, an ordained minister in the Presbyterian Church of Korea, was a pioneer of Asian theology, particularly Minjung theology.

“He reimagined Reformed theology in the Korean context speaking of koinonia and its implications for the Korean people. His work served to inspire so many people across Asia and the world. His passion of doing theology from below, raising up the perspectives of the oppressed, re-invented Asian theology and encouraged a deeper engagement with God’s people,” said a letter of condolence from the WCRC Collegial General Secretariat.

Kim served as a moderator of the Department of Theology of the World Alliance of Reformed Churches (WARC), a predecessor organization of the WCRC, from 1997 to 2004.

In a presentation to the 2004 General Council in Accra, Ghana, titled “Confessing Stance is the Core of the Covenant for Life,” Kim stated, “I strongly feel that the Spirit is compelling me to take a decisive stance rooted in my faith, confessing the God of Life. I believe this challenge is to our member churches, to the ecumenical movement, and to wider circles of faith communities in their own ways… How long can we be silent?”

“His theological vision was marked by and emerged from a commitment to the struggles of people. A struggle that he himself participated in. He often spoke of the fact that for the committed theologian ‘jail was a second home!.’ Such was his deep commitment for human rights, dignity, and life in its fullness,” said the letter of condolence.

Born in 1938, Kim graduated from Yonsei University in 1961 with a degree in philosophy, and subsequently studied theology at Princeton Theological Seminary. He was widely published and his books include Korean People and Christianity and Korean People’s Social Biography.

His memorial service was held on 9 April.

← Lombard Prize winners announced
Easter Message: Walk in the Name of the Lord our God →