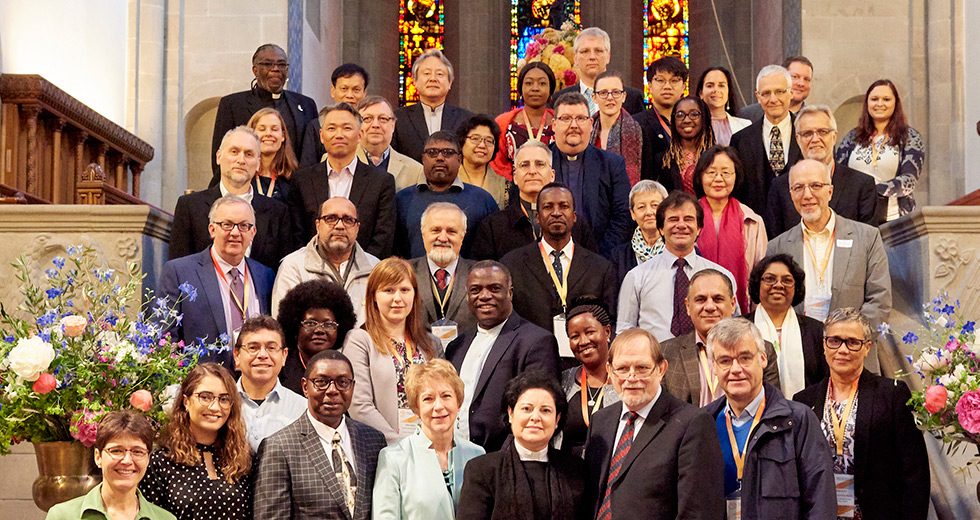 The Executive Committee of the World Communion of Reformed Churches met 9-15 May 2019 in Kappel am Albis, Switzerland, under the theme, “Let Your Light Shine Forth: Seeking Shalom in the midst of Empire.”

In her address, President Najla Kassab called on the Communion to be “shalom makers.” General Secretary Chris Ferguson, in his report, focused on the progress being made in implementing the 2018-2024 Strategic Plan.

Engaging in the local context, Executive Committee members participated in a conference on “Church, State and Politics: Cooperation or Protest,” worshiped at the Grossmünster in Zürich and toured the city and learned more about Ulrich Zwingli in this 500th jubilee year (which included a visit to the site of his death). WCRC officers also met twice with Swiss church officials.

A panel presentation launched a new ecumenical dialogue with the Mennonite World Conference.

The Executive Committee again used a discernment and consensus decision-making process for the majority of their business, which included adopting an official message, accepting new members and considering an ethical investment policy and gender policy. 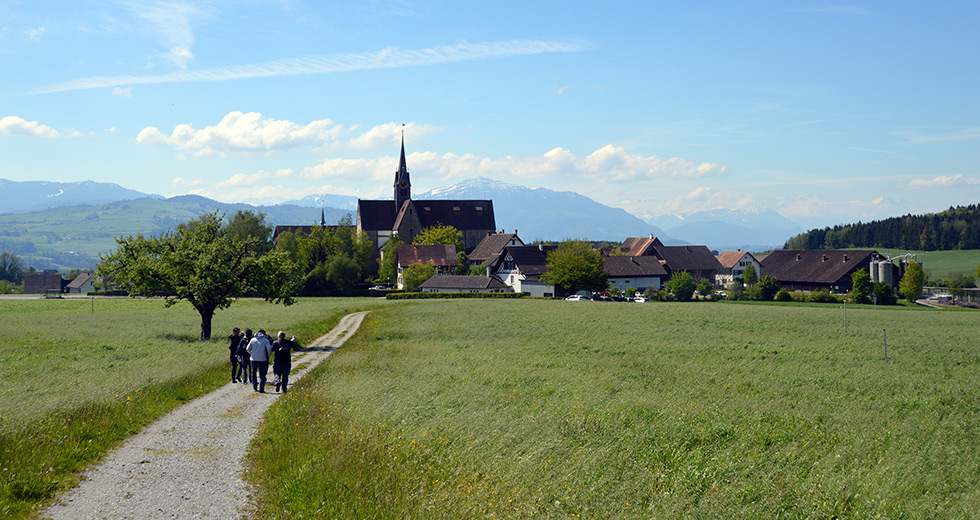 Inspired by its location, interactions with Swiss Church leaders in worship and at the “Church, State and Politics: Cooperation or Protest” conference and through a viewing of a new Zwingli film, the Executive Committee adopted a message that committed the WCRC “to a continual reforming of our churches and communities through peace and reconciliation efforts. We once more commit ourselves to a reformed spirituality and the spirit of continually reforming the church and the world. We are also encouraged to continue in ecumenical dialogue and partnership.”

The message also stated, “As a body called to communion and committed to justice, we reaffirm our commitment to emphasizing justice that leads to peace, healing and reconciliation. We believe that our distinctive contribution is to discern the signs of the times in order to live faithfully and witness prophetically to the God of life.

“We call on our member churches, our ecumenical partners and all communities of faith to act towards the just transformation of the world. As Ulrich Zwingli encourages us, ‘For God’s sake, do something brave.’”

The Executive Committee adopted an enhanced ethical investment policy while requesting additional research be done on several topics before deciding on their inclusion.

Since its move to Hannover, Germany, the WCRC, through several generous donations and fiscal guarding of its expenditures, has been able to rebuild its reserves to a considerable degree. These “reserves” are invested through a variety of financial institutions in Europe and North America.

While the investment of the funds have followed basic ethical investment criteria, the Finance Committee has been developing a more comprehensive policy. Karin Bassler, an expert in ethical investing working with the committee to enhance the guidelines, made a presentation to the Executive Committee, introducing the investment policy of the Evangelische Kirche in Deutschland (EKD) as an example and outlining several proposals for consideration.

The Executive Committee agreed to proceed with a more comprehensive investment policy while requesting the Finance Committee further research several topics, which could not be agreed to by consensus. These topics included genetically modified crops (GMOs) and embryonic cell research. It was noted that GMOs could “ensure food security under climate change scenarios, [and] provide nutritionally-enhanced yields” and that embryonic cell research is “carried out under strict guidelines and legislation” in many countries. 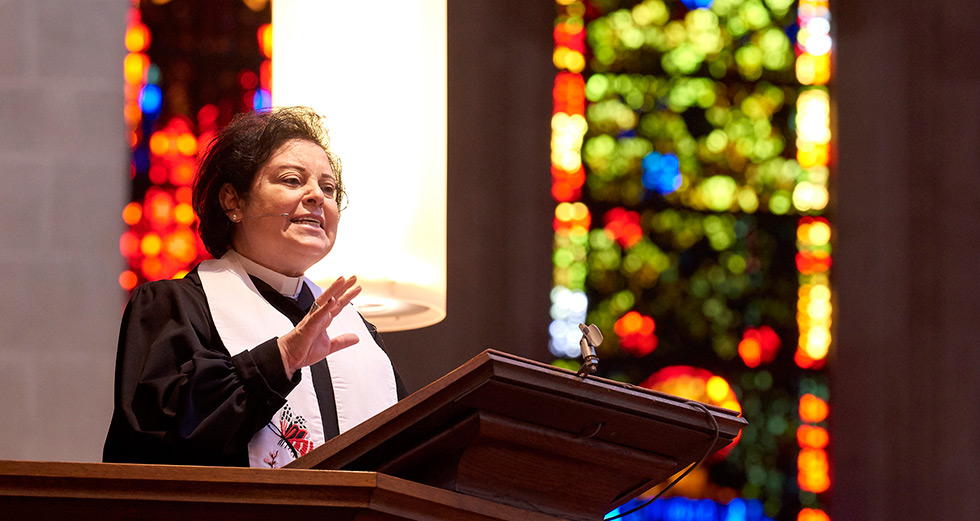 The 2017 General Council instructed the Executive Committee and Secretariat to develop a Gender Justice Policy by 2019 that “shall delineate issues of gender-based violence within church and society…[and] include an action plan for the implementation of the policy and accountability metrics.”

A Gender Policy Working Group began work in 2018 and presented a draft policy to the Executive for consideration. The introduction notes that “the development of a gender justice policy for the WCRC is part of the journey for churches of the Reformed tradition. Beyond formal equality, we are challenged to examine the deeper questions of substantive equality, that is, of achieving equitable outcomes, and thus creating a true community for all. Our continuing concern and commitment to transformative gender justice is firmly rooted in the story and mission of the church. The Gender Justice Policy was created to transform who we are, what we do and how we act.”

The draft policy includes background information, vision, purposes and objectives, identification of gender issues, principles, calls to action for both the WCRC and its member churches and an implementation strategy.

In the discernment process Executive Committee members surfaced sufficient questions to conclude that the WCRC would be best served by having the Gender Policy Working Group continue its work on the document with the intention of adopting it at its meeting in 2020.

The Executive Committee accepted the following churches into the Communion as full members:

In addition, Trinity Theological Seminary, Ghana, was accepted as an affiliate member.