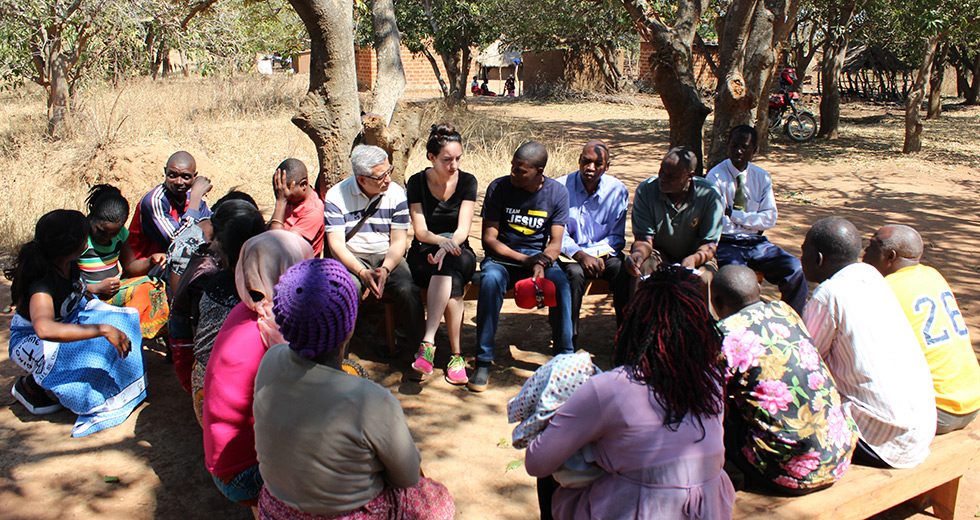 With the aim of building competency in economics within churches, the second Ecumenical School on Governance, Economics and Management for an Economy of Life (GEM School) was held from 21 August – 1 September in Lusaka, Zambia.

Fifteen participants from different churches worldwide came together at the Kingsley Mweenda Centre of the Council of Churches in Zambia for the 10-day programme.

Chris Ferguson, general secretary of the WCRC, explained that the primary objective of the GEM School is to develop economic empowerment for transformation within the ecumenical movement.

“We are equipping young and not-so-young church leaders from across the globe with the knowledge that will help them to shape the world in the right direction. So that all, and not just a few, may have life-in-abundance,” he said.

“The diversity of churches and nationalities is very important and all these students represent the vision of the school of bringing together everyone on this journey of transforming the current oppressive and unjust economic system.”

Pastor Marceline Niwenshuti, from Rwanda, said she joined GEM School out of the conviction that a central theme of Christian teaching requires meeting the basic needs of people. “There is a gap between what theology offers and real life situations and therefore being part of the GEM School will impart me with knowledge that will help me in my ministry,” she said.

Niwenshuti also observed that theology lacked awareness of other fields like economics. She believes that the GEM School addresses this gap.

“I am glad to learn economics and I hope to integrate that in my preaching as I head back to Rwanda. I will also engage other ministers of the gospel and see how best we can contribute to the development of Africa’s economy,” she added.

Andreas Nielsen, from Denmark, said he was persuaded to join GEM School because of his keen commitment to justice. “I have always been interested in issues concerning economic justice for many years but did not know how I could contribute. Therefore, being part of this school is a great experience,” he said.

Nielsen hopes to apply his learnings by establishing a think tank back in his home country.

“This think tank will bring together people like journalists, economists, theologians, politicians to formulate a way forward to tackle social and economic injustices,” he shared.

“It has been a privilege to interact with different people from the entire world. I now understand economics in a different way. I will use the experiences learnt here in Zambia to impact my country with alternative economic models,” said Heekyung Cheong, from South Korea.

Two participants from the USA, Isabel Call, who trained as an economist, and Nathan Hunt, recalled the impacts of the 2008 global financial crisis and noted the widening gap between the rich and poor even in their part of the world. “Alternative forms of banking such as public banking could be a way forward,” said Hunt.

Martin Büscher, professor for economics/economic and business ethics at the Protestant University Wuppertal/Bethel in Germany and dean of the GEM School, said that another key objective of the school is to develop ideas for transformative projects and strategies.

He stressed that the curriculum is not only designed to develop competencies in mainstream economic thinking but “it also combines theological dimensions with economics so that economics can work for the common good,” he said.

GEM School introduces context, pluralism and intersectionality in economics. “Feminist and ecological approaches offer alternative understandings of the economy and what the economy ought to be about,” said Athena Peralta, WCC programme executive for economic and ecological justice.

(Article courtesy of the WCC)