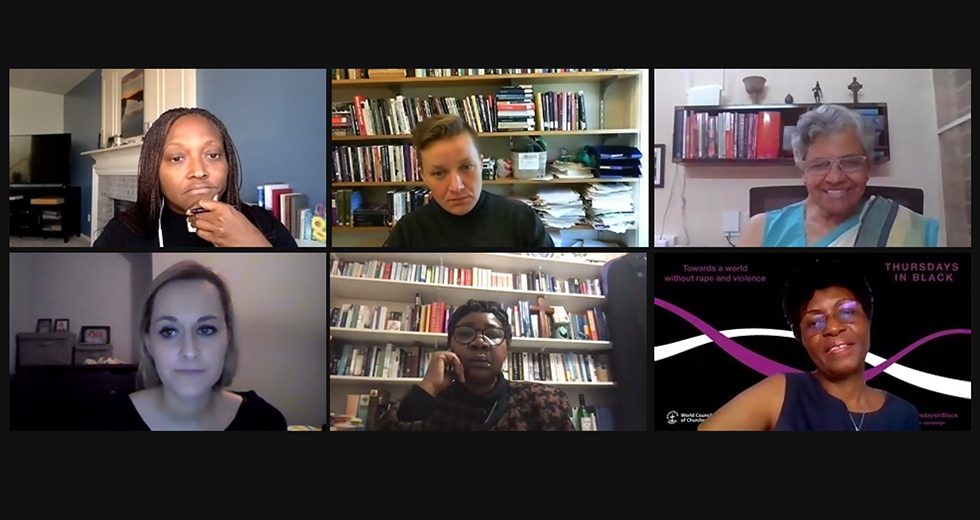 The World Communion of Reformed Churches (WCRC) launched its new Gender Justice Policy at a webinar which focused on “Why the church needs intersectional feminism.”

“This is a special time as we gather to celebrate the launching of the Gender Justice Policy as an empowering document and guiding map on our journey towards lived justice for all,” said Najla Kassab, WCRC president. “To address the issue of gender justice is not as an act of sympathy towards women, but rather integrity of the church, and a call for all of us as a Communion and churches worldwide.”

“In our churches, we are often told what type of person we can put our trust in; most commonly it is those who maintain the power and seek to prevent the narratives that may challenge the dominant ways of knowing from entering our Holy spaces,” said Parker.

“As Christian theology and tradition has the potential to exacerbate violence against women, the psychological dimension of exclusion and feelings of non-belonging cannot be overlooked. It is for this reason that we must be free to explore the liberative narratives of our Scriptures, to witness where women have navigated their identities in Christ in cultures that have not necessarily been on the side of women,” she said, specifically citing the biblical story of Hagar and Sarai.

“We in the ecumenical movement are very conscious of not focusing on the self-affirmation of identities. We are very worried about focusing on individual identities and feel it will be divisive. There’s a tendency to harmonize. We thus lack that space for honest dialogue and discussion of our various identities,” said Gnanadason. “I feel we need to move to a space where dialogue becomes the way in which we move together, and the way in which we sort out any differences that exist among us. The challenge for the ecumenical movement continues to be how to keep the dialogue open, how to create an environment where no group of women feel they are slighted.”

“One of the things I appreciated in the Gender Justice Policy is that gender justice is not just a women’s concern. Too often feminism is reduced to a women’s issue. Men, too, need to be liberated from gender injustice that limits their full humanity,” said Reichel. “Feminism is not about women. It’s about dismantling these structures of power that suffocate people all around the world, that inhibit everyone from fully flourishing, most especially this myth of white self-sufficient masculinity.”

“All believers in Christ can find their place going straight through Jesus Christ—with no intermediary,” said Kabonde. “But some women find it very difficult to ascend to higher levels of leadership in the church. Such unfairness compromises the mission of God and creates gender injustice in so many ways. It also means deconstructing the exploitation of women by men, providing the tools of new realities of justice. This is an empire that the church has failed to dismantle for many years.”

The WCRC’s Gender Justice Policy advance’s the Communion’s vision of living out its call to communion and commitment to justice, enabling and inviting churches to participate in God’s transformative mission of gender justice and partnership. The policy seeks to address gender inequalities and injustice in the Communion and member churches.

“Gender justice includes just and right relationships, mutual respect and accountability, respect for creation and the rights of all people to live life in all its fullness. Gender justice addresses gender and economic injustice, gender-based violence and a whole range of social issues that are rooted in unequal power relations. It is a fundamental building block for church and society,” states the introduction to the policy.

Phiri is the deputy general secretary of the World Council of Churches (WCC). Kabonde is the former general secretary of the United Church of Zambia. Gnanadason is the former coordinator of the WCC’s women’s programme and of the justice, peace, and creation team. Reichel is a professor at Princeton Theological Seminary. Parker is a professor at Durham University. Thompson is the associate general minister for wider church ministries and co-executive for global ministries of the United Church of Christ.