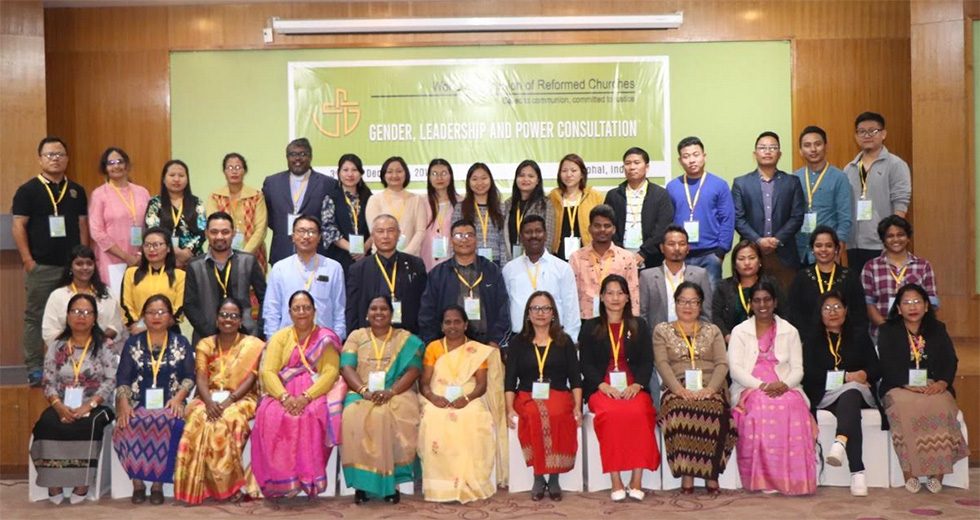 Gender, leadership and power was the focus of the first in a series of regional consultations, held in northeast India in early December.

This consultation “is an invitation to churches to re-visit our understanding and our practice of leadership and power in the context of giving justice to all genders within the church community as well as in the family and in the wider society,” said Lalrindiki Ralte, in her keynote address. “It is an invitation to have the willingness to be changed by a power which is shared with one another and a leadership which gives space for others so that together we can grow towards maturity of faith and practices.”

“Since all of us are born and brought up in patriarchal society we imbibe and accept patriarchal values and practices which assign women inferior and subordinate positions,” said Ralte, who presently serves as the Dean of the Senate of Serampore Centre for Theological Education by Extension, having previously served for many years as a faculty member of Aizawl Theological College.

“But the fact is that even though men enjoy power and authority in patriarchal society as long as half of humanity or even more than that continue to be subordinated and excluded it is not possible for men to have peaceful and dignified life either. To be the oppressors and exploiters of their own flesh and blood destroy the humanity of men, and the image of God cannot be reflected in them. 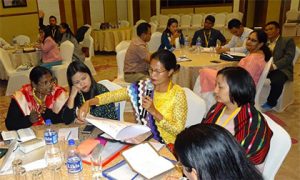 “The Word of God, the Bible, provides us an alternative understanding of leadership and power,” she said. “When men and women share power together they reflect the image of God which is present in them. And the power to have dominion is not to be used for exploiting and suppressing each other and the rest of the creation, rather it is for preserving and for sustaining the dignity and life of all, including the ecology.

“This is particularly crucial for the church because of our claim to be the body of Christ where all believers are of equal value and importance, irrespective of their gender and all other divisions which perpetuate discrimination,” she said.

The series of consultations is designed to conscientize WCRC member churches on the issues pertaining to gender equality and gender-based violence, to create opportunities for systemic change for women in leadership and to provide study and reflection to implement the WCRC’s Gender Policy.

The WCRC Gender Policy seeks to advance the WCRC’s vision of living out the call to communion and commitment to justice, enabling and inviting churches to participate in God’s transformative mission of gender justice and partnership.

The three day consultation, organized by the WCRC Office of Justice and Witness, was hosted by the Evangelical Churches Association, one of the newest members of the World Communion of Reformed Churches and was made possible through funding from Otto per Mille.