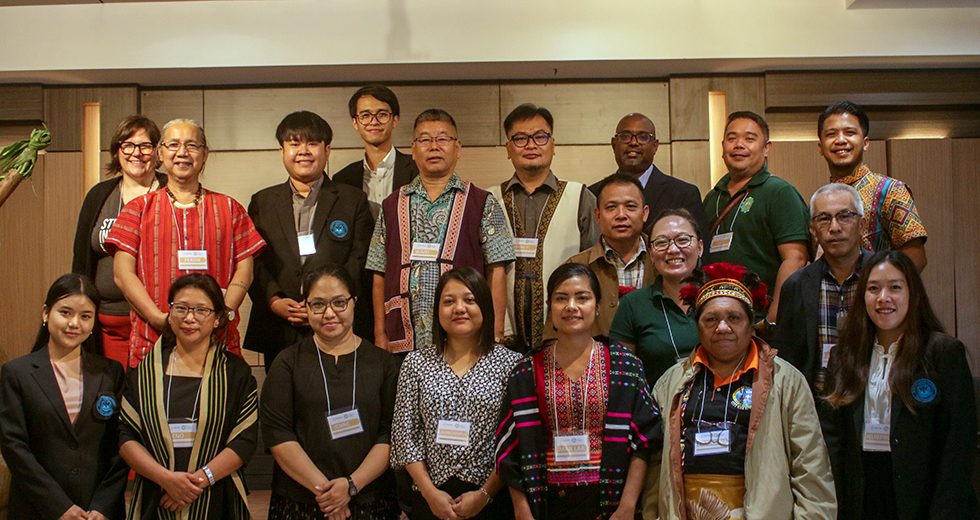 Indigenous people from around Asia gathered to discuss biases and challenges in education, including in theological schools. They also drafted “Education for Liberation: From Indigenous Perspectives,” a course designed to be taught in various context around the globe.

In his keynote address, Wati Long Char discussed the Indian colonial education paradigm of “downward filtration” that benefits only the elite, exposing the truth of present-day theological research that emphasizes academic excellence. This academic pursuit is detached from people’s real-life experiences. Longchar emphasized that to date, theological education is influenced by the “missionary movement and curriculums are prepared mostly by few middle-class theologians trained in West and living in metro cities.”

Mar Lar Mynt highlighted the role of politics in education in Myanmar and said that the history discussed in textbooks offers a biased perspective with minorities’ contributions to nation-building neglected and a focus on Burmese heroes.

“It is a challenge to speak and generalize India because of the diversity of the people in the country,” said Lalmuanpuii Hmar. Indian education is influenced by colonization and swayed by globalization. As she took up the challenge to present the Indian perspective, she discussed the contribution of Christian missionaries to introduce modern western education in India. For those missionaries, “Indigenous people were nothing more than barbaric hunters.”

“Indigenous peoples’ identity (in Canada) is very bleak,” said Carmen Lansdowne as she provided suggestions to improve the condition of Indigenous peoples there. She proposed “critical whiteness studies” to deconstruct current systems of oppression and hegemony, adding that this will benefit everyone.

While discussing the Lumad situation in the southern Philippines, Katkat Dalon voiced the struggles of their youth who are being imprisoned for resisting government attacks and holding rallies. She shared that those attempting to help the Lumads have also been attacked by the government, even as they realize that “if we will not fight for the future now, there might be a time where there is no future to fight for.”

In “The Present Theological Curricula in My College: An Indigenous Assessment” Jane Peiter presented the Maluku Indigenous culture as a basis for community-oriented higher education in Indonesia. Also presenting were Weerayut Kaewjai, who designed an elective course related to the Indigenous peoples of Thailand, and Kakay Parmaran, discussing the curriculum of United Theological Seminary (the Philippines).

Tsuhah shared initiatives that emphasize a seed-saving culture in India. Women utilize seed banks, breaking the generational gap by sharing knowledge as they share seeds within their community. “If you want to sustain the kind of work that we do, we need to include the children,” she said.

Similarly, Jareonmuengmoon shared how his college community in Thailand serves the students by recognizing the importance of ethnic groups in the college, including organizing cultural nights wherein they share food, sing in their language, dance, and celebrate their diversity. The college community continues to serve the students after graduation by organizing family follow-ups and alumni days.

Discussion topics included how Indigenous ways of knowing can improve pedagogies, ways in which to decolonize educational systems, and the sharing and creation of Indigenous educational resources.

Besides the “Education for Liberation” course, the group also drafted a paper “Theology in Practice for Community Transformation” which is designed to decolonize the myths of development, identify local resources, empower skills for community mobilization, and transform leadership.

The consultation was held 15-18 October in Manila, the Philippines, with financial support for it coming from Otto per Mille through the World Communion of Reformed Churches Indigenous Peoples Network.