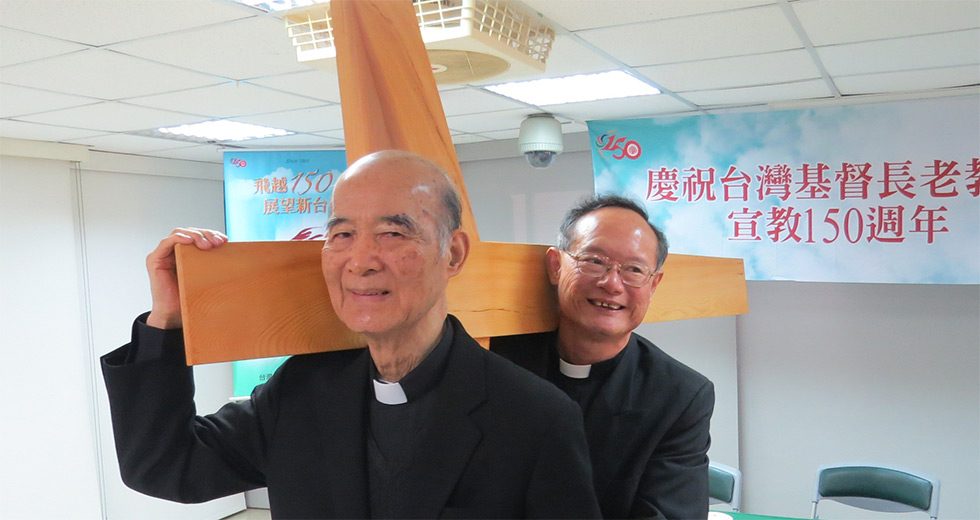 The life of Rev. Dr. C. M. Kao will be remembered and the glory of God celebrated at a simple worship service on Friday, 22 February. Kao, the Presbyterian Church in Taiwan’s longest serving general secretary, passed away on 14 February.

“The purpose of the funeral service is to worship God, not praising personal achievements, displaying ostentation, and having speeches from dignitaries,” Kao wrote in a 2015 statement. “May those who attend my funeral service sincerely praise the Lord, who gives grace, with mind and soul.”

The service will be broadcast live on Formosa TV, beginning at 2:30 p.m. (Taiwan time, GMT+8) and streamed at www.ftvnews.com.tw/live/live-channel.

A dedicated human rights activist, Kao served as PCT general secretary from 1970 to 1989, leading the church through the “White Terror” and years of martial law in Taiwan. For four of those years he himself was imprisoned for his alleged help in harbouring an escaped dissident and human rights leader. While in jail, the PCT kept his seat as general secretary open.

He was released from his sentence three years early after unprecedented ecumenical support and advocacy spearheaded by the World Alliance of Reformed Churches (a predecessor body of the WCRC) and the World Council of Churches. The advocacy was relentless, beginning with his trial and continuing until his release.

Prior to his imprisonment, Kao was instrumental in the creation and promotion of three prophetic statements from the PCT urging the repressive Chinese Nationalist Party (KMT) government to move toward freedom, democracy and independence: the “Statement on our National Fate” (1971), “Our Appeal” (1975) and the “Declaration on Human Rights” (1977), in which the church urged the KMT government “to face reality and to take effective measures whereby Taiwan may become a new and independent country.”

“This kind of statement is not basically political, but is a confession of faith. It is like the Barmen Declaration of the Confessing Church in Germany under the Hitler regime, and, more recently, the statements issued by churches in South Africa,” Kao said.

“Rev. Kao will be remembered for his commitment and passion to further the cause of justice not only in Taiwan but in the world and the ways in which he was able to perceive justice as emerging from a perspective of faith,” said Chris Ferguson, WCRC general secretary.

Kao and especially his wife, Li Le-Tin (Ruth), were key in the creation of the Asia Area Council for the World Alliance, which continues within the WCRC as the Northeast Asia Area Council (NEAAC). The story of Kao’s imprisonment was shared during a worship service at the 1982 General Council (Ottawa, Canada), and a hymn he composed while in prison was sung. It was also at this Council that his wife and other Asian delegates discussed the idea of forming an Asia Area Council. Mrs. Kao went on to become moderator of the Council, which led to reconciliation processes between member churches in Taiwan, both North and South Korea and Japan.

A native of Tainan, Kao graduated from Tainan Theological College and Seminary before serving as a minister at Indigenous churches. He served as the principal of Yushan Seminary, which later became the first school dedicated to Indigenous Taiwanese.

A poet and Chinese calligrapher Kao wrote and published poems, hymns and sermons in Taiwanese, Japanese, Mandarin Chinese and English, some from his prison cell.