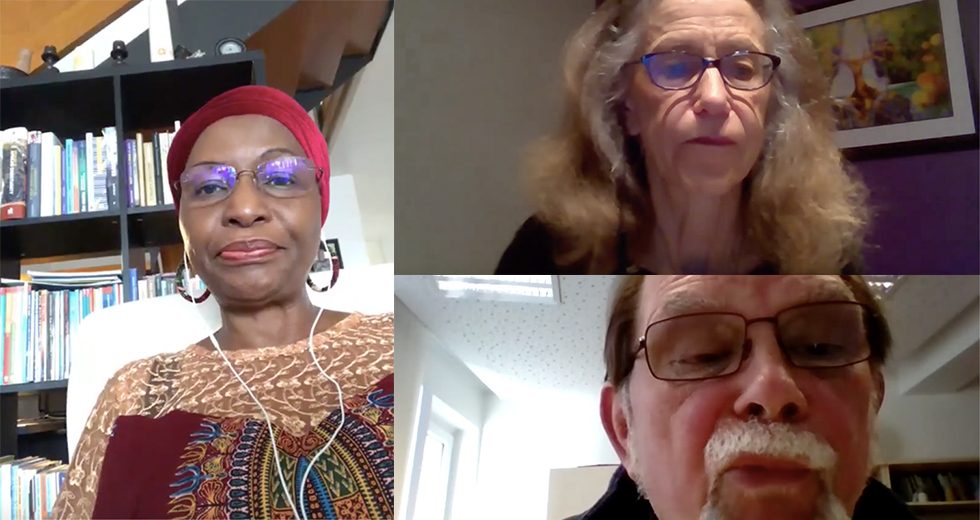 The “Economy of Life in a Time of Pandemic” online conference focused on the socio-economic-ecological impacts of the COVID-19 crisis and how it offers the world an opportunity to rethink and reshape financial and economic systems to prioritize the health and well-being of communities and the planet.

The conferences brought together some 25 economists, theologians, social justice advocates and church leaders who discussed historical and political factors that have led up to and continue to frame the crisis.

They also discussed theological, ethical and moral implications and the necessary short- and long-term transformations in policies, institutions and systems that are needed to relieve and prevent more suffering, but also, more critically, to tackle the roots of the crisis.

Chris Ferguson, general secretary of the World Communion of Reformed Churches (WCRC), stressed that the current global scenario calls us “to show up and carry forward the core visions and core themes of the New International Financial and Economic Architecture (NIFEA), and that these have to necessarily be transformational.”

“We need to raise the questions about debt and taxation. Our next steps, including our short-term steps, cannot be less than radical,” Ferguson said.

“In the harsh light of COVID-19, we see more clearly the great inequality of income and wealth. We see the massive gender inequities and generational disparities of our economies,” said Isabel Apawo Phiri, World Council of Churches (WCC) deputy general secretary.

“Our responses to the pandemic could very well rewrite the world for the better, and fundamentally transform the way we live, what we eat and buy, what we produce, how we distribute goods and where we invest,” she added.

For Collin Cowan, Council for World Mission (CWM) general secretary, “the shape and magnitude of the pandemic may have obscured us, but the writings, which have been on the wall for a very long time, all pointed to some global catastrophe for which we would be little prepared because self-serving nationalism, callous disregard for the poor and xenophobic attitudes and behavior have kept us cornered, cocooned and ill-prepared for any disaster of this magnitude.”

“Our economic systems must prioritize people over profit. We must not forget to protect the livelihood and basic needs of people”, said Martin Junge, general secretary of the Lutheran World Federation (LWF).

“COVID-19 is further calling us to a theological and ethical renewal where we address inequality, poverty, and public policies to ensure enough resources and equal access to health services. Now is the moment to reinvigorate this conversation,” added Junge.

The “Economy of Life in a Time of Pandemic” online sessions were part of and promoted by the NIFEA initiative of the four organizations which seeks to promote an alternative financial system that should emerge from the imagination of the margins, from those who have been left out of social-economic and political decision-making.

The two sessions of the conference, held on 17 and 24 April, led to the development of a common message from the convening organizations, which will also be the basis of advocacy towards key financial and economic institutions such as the International Monetary Fund, World Bank, G20 and United Nations.

The NIFEA initiative had its origins in the 2010 Uniting General Council of the WCRC as a means of programmatizing the Accra Confession and is made possible by funding from Otto per Mille.