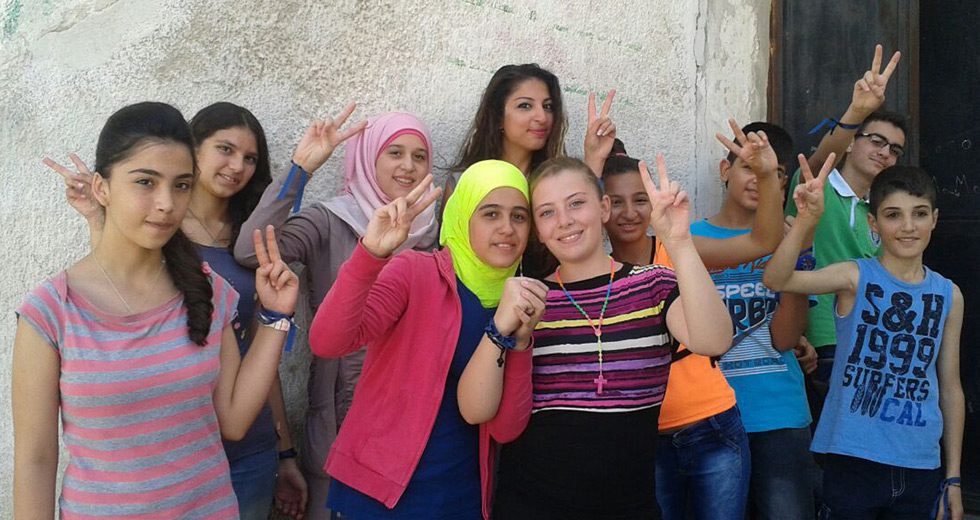 In war-torn Syria, hope is fading for many. After five years of civil war, there are few who have not lost family members or close friends, but life needs to go on for those who are alive, for those who have stayed. They struggle to continue with their lives every day, to study and work, although jobs have become scarce, and to maintain as much normalcy as possible amidst the war and the ever-present threat of attacks, while dreaming about a better future and peace.

However, as Najla Kassab, WCRC Executive Committee member and director of the Christian Education Department of the National Evangelical Synod of Syria and Lebanon (NESSL), points out: “In the Middle East, war always influences how we see each other; it clouds our view of the beauty of the other’s religion.”

So what comes after the war, how will the Syrian people, mostly Muslim but with a significant Christian minority, be able to relate to each other and reconcile as neighbours when the conflict has caused so much mistrust? How can interfaith relationships be restored, when, after five years, there is now a new generation growing up that has never experienced life before the war?

A group of young people, members of a NESSL congregation in Homs, Syria, have started a project to achieve just that. “Space for Hope” came to life in the fall of 2014. It is a space for children and youths, girls and boys, between the ages of 9 and 17 from the different religions and sects of Syria to come together in team-building activities.

There have been four events so far, and in the last one, that took place in September of last year, the team was able to successfully involve 180 people from the different neighbourhoods of Homs City in the yard of the Evangelical School, a place that was almost destroyed in the war, but has been rebuilt.

Twenty-one volunteers were involved in the events, all young Presbyterians from different walks of life—students, doctors, teachers, lawyers, secretaries. The reason why these young people were so enthusiastic about their project is simple: love for their neighbours, no matter their background. “We are a part of the team because we want to show the children how to smile and tell the whole world that there is a space for hope in Syria. We hope to light a peace candle around the children of Syria and hope for our project to arrive to the whole world,” they say. 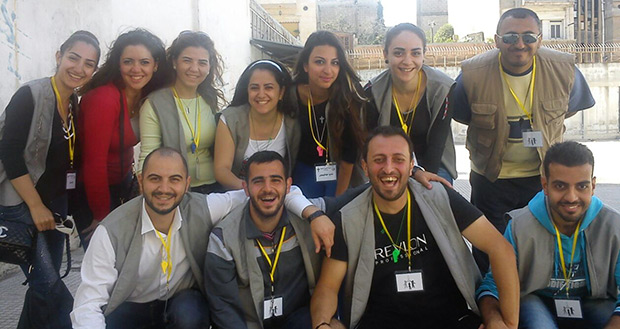 “The most recent event was carried out over five weeks, two days a week for two hours each,” tells Mofid Samir Karajili, pastor of the Presbyterian congregation in Homs and co-founder of the project. “Every day consists of two sessions: the games session where we use team games to build or make up relations, and the teaching session that includes time to reflect about what we have learned from these games.

“We have learned that it is very possible, even lovely, to be with the others that are males or females, Christians, Muslims or Alawites, in the same team to face the same challenge, to work hard to get the same target on the very same ground. This was the target of the event, to put in the minds and the memories of these youths that they can live together, regardless of their religious background and conflicts. We are also committed to make the parents of the youths feel comfortable and safe.”

“It isn’t common in Syria for children or people in general to interact much with the their neighbours from other religions. Here, they forget the differences, because they want to be happy,” adds Loujain Saad, one of the young people who initiated the programme. “This project is so important because in Homs during the five years of war, kids have never seen any kind of happiness, only war, murder, weapons. This project makes the kids love each other and work with each other. It is also important for our community because we need this peace, we need to love all people in our country and say to them ‘Don’t be afraid, “Space for Hope” is here for your children.’”

Pastor Mofid Karajili is pleased with what has been achieved so far: “I think we got our targets. We know that we can’t change the world, but we can make at least one right step towards a better life. And we did that. The most important thing is that ‘Space for Hope’ became a team. We created a team that has a vision to make different events under this title, in different places that need the light of hope in these very dark days.”

A new “Space for Hope” cycle will start in September. Some new activities will be included, such as painting, sculpture making, piano and dancing. The team is currently looking for instructors in some of these fields, because, as they say: “We wish this event to be the first step of a very long episode.”