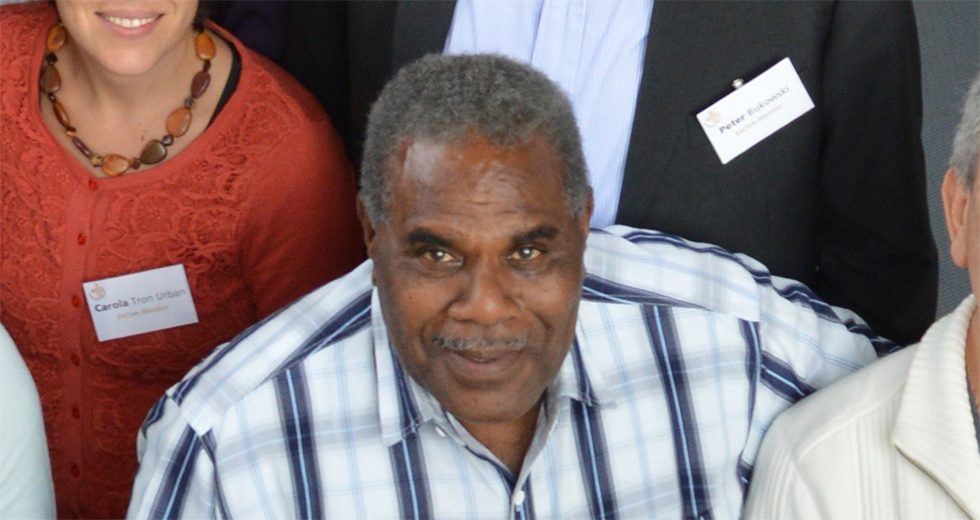 The World Communion of Reformed Churches (WCRC) joins with those around the world mourning the death of Allen Nafuki, chief executive officer/assembly clerk of the Presbyterian Church of Vanuatu (PCV) and a former member of the WCRC Executive Committee.

“I always appreciated Allen’s firm support and faithful commitment to the WCRC,” said Chris Ferguson, WCRC general secretary. “He brought his wisdom and insights as a Pacific Islander to all that we did, and he will be greatly missed.”

Nafuki passed away on Sunday, 13 June, with his funeral held the following day in Port Vila, after which his body was flown to his home island of Erromango for burial at Dillon’s Bay on Tuesday.

“We have lost a great leader who was dedicated to the work of the WCRC,” said Najla Kassab, WCRC president. “We will miss his contribution, his story, and his enthusiasm for justice. We thank God for all the gifts he brought for his church and the Communion.” 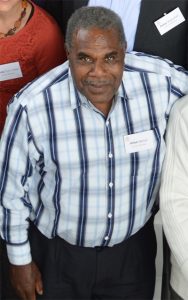 Nafuki had hoped to retire in 2020 after a decade serving as assembly clerk, but the COVID-19 pandemic prevented the PCV Assembly from sitting last year to choose a successor. Nafuki thus continued to serve, despite diminishing health.

“He will be a huge loss to the leadership of the PCV and the wider church. His contributions over a period of almost fifty years are immeasurable. He was a commanding presence wherever he went, and the sort of person to whom everyone turned for support and advice and leadership. So often, he dared to go where many feared to tread,” said a spokesperson from the PCV office.

Nafuki’s contributions to his church and to his country have been extensive. Over a forty year period he spoke with a prophetic voice, always on the side of the oppressed and outcast, fighting for justice and liberation. For example, he led the national Vanuatu movement in support of West Papua independence.

“He described himself as a missionary who was committed to better life for his people,” said Kassab, who also served with him on the Executive Committee from 2010 to 2017. “He was dedicated to reconciliation in Vanuatu and was challenged to work for justice beyond the regular walls of the church. He believed his role in change and bringing justice is central to his understanding of mission.”

Following the 1980 independence of Vanuatu (previously New Hebrides), Nafuki served as the Christian Education Director for PCV (1982-1989). He was one of the founders and inspirations for the post-Independent “gospel and culture” movement.

Originally intending to train in youth ministry supported by his singing voice and musical skills, Nafuki later studied for pastoral ministry at Rarongo Theological College in Papua New Guinea from 1971-1975. He was there during the independence of that Pacific nation in 1975 and carried these hopes home to New Hebrides.

Nafuki married Idau Arua of PNG in 1975 and they had six children. Idau Arua held various administrative posts in government as well as elder leadership in the women’s activities of the church before her sudden death in 2010.

As a further contribution to his nation, Nafuki served as secretary of the Vanuatu Citizenship Commission (1990-1993) and was deputy director of the Civil Status Office (1994). He later had a period as a member of the Vanuatu Parliament (1998-2002), including some time as government whip. In 1986 he was awarded the Vanuatu Medal of Merit for his services to the church and the community, followed in 1998 with the PCV’s Golden Jubilee Certificate of Recognition and Appreciation for his leadership.