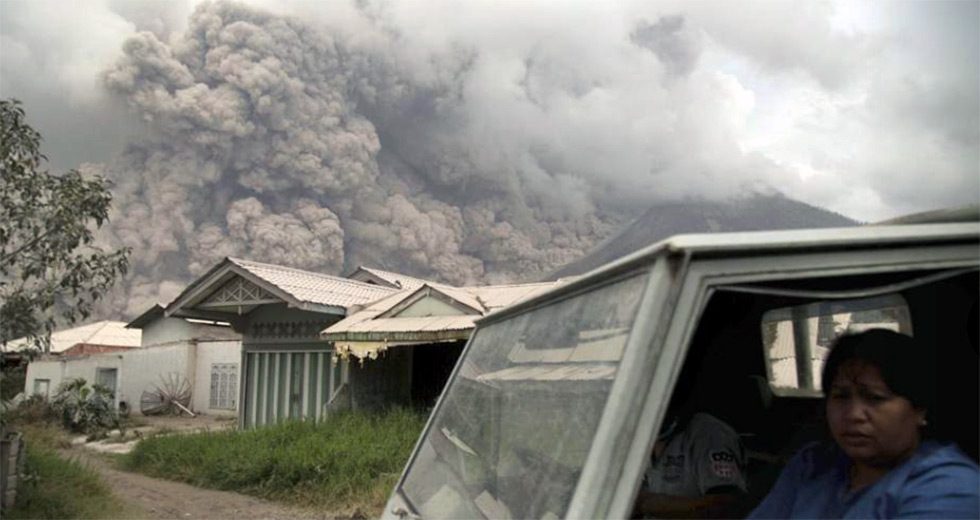 For the mountains may depart
and the hills be removed,
but my steadfast love shall not depart from you,
and my covenant of peace shall not be removed,
says the Lord, who has compassion on you.
(Isaiah 54:10. NRSV)

Mount Sinabung, an active volcano located in North Sumatra province (Indonesia), had another significant eruption last week, spewing ash as high as 4.2 km in the sky. While there were no reported casualties, the eruption forced more people from their homes and necessitated renewed relief efforts.

Karo Batak Protestant Church (GBKP), a member of the World Communion of Reformed Churches (WCRC), is accompanying and supporting these people and asks for the prayers and support of the WCRC and its members.

The near-constant activity of the volcano over the last several years has created significant challenges for those living in the region. A seven kilometer, government-imposed “red zone” around the volcano has forced more than 3,000 families from their homes, disrupting livelihoods and creating economic and social hardships. Many children within these families are unable to attend school, and access to healthcare is also a problem.

Please pray with us: Lord, even as the Earth shakes we know your steadfast love for us will not waver. Let us, as your church, be your presence, especially in the midst of disaster, providing willing hands and open hearts. Let our work, witness and advocacy bring relief to those in need. Amen.