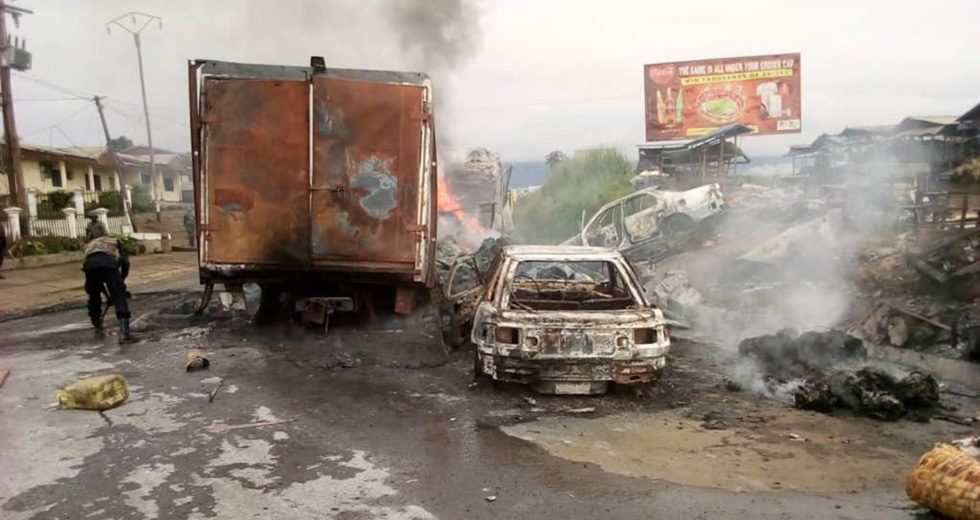 Sisters and brothers in Cameroon have recently reported a number of “barbaric and inhuman acts such as gunshots, killing, colossal and collateral destruction of property through the burning of houses in some localities and villages in the North West and South West [anglophone] regions” of the country.

An ordained pastor of the Presbyterian Church in Cameroon (PCC) was arrested on church grounds after a worship service and was “brutalized, incarcerated, later released and hospitalized.”

As a member of the Ecumenical Forum on the Anglophone Crisis in Cameroon, the World Communion of Reformed Churches joins in solidarity with our sisters and brothers in Cameroon who face these daily brutalities. And the WCRC joins with the PCC, a member church, in saying, “These acts of barbarity and inhumanity violate the sacredness of human life and are sacrilegious to the worship of God.”

Please join us in prayer for our sisters and brothers in Cameroon, that the violence will stop and that a lasting, just and peaceful solution can be found.

(Image of scorched vehicles left behind after clashes in Buea in September 2017.)