WCRC urges prayer and support for Christian Dalits in India 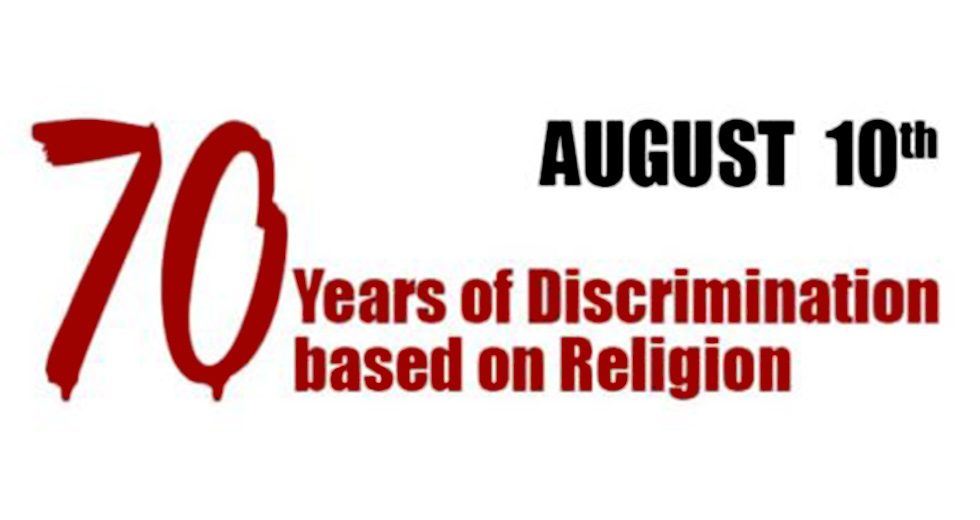 The World Communion of Reformed Churches (WCRC) joins with the National Council of Churches in India (NCCI) to call for the inclusion of Dalit Christians and Muslims in the scheduled caste list which would allow them access to affirmative action policies.

The word Dalit, meaning broken or oppressed, is the name chosen by those who were formerly considered untouchable. Though untouchability is outlawed in India, the practice continues in different ways and forms.

The constitution of India protects rights and freedoms of Indian citizens and offers affirmative action in education and employment as a historic corrective for those who have suffered the violence and injustice of the caste system. However, a presidential order in 1950 denied those same rights to Dalits who had converted to Christianity or Islam.

10 August 2020 is the 70th anniversary of the presidential order, and the NCCI, along with its member churches, is organizing a campaign throughout the country to bring attention to this continuing discrimination.

“Dalit Christians have a unique history of faith experiences because of their caste identity,” said Asir Ebenezer, NCCI general secretary. “They embraced Christianity as a faith affirmation against caste slavery and these experiences vary according to regional contexts. It is not only common knowledge but also borne out of numerous extensive research studies that the Dalits are unfortunately still identified first by their caste by a large section of the Indian society.”

“This is a historic injustice that needs to be corrected,” said Philip Vinod Peacock, WCRC executive secretary for justice and witness. “Christian and Muslim Dalits continue to suffer under the caste system, and access to affirmative action should not be denied on the basis of religious affiliation.”

There is hope. On 7 January 2020, the Indian Supreme Court agreed to examine a plea that “Dalit Christians…should enjoy the same quota benefits reserved for Scheduled Castes.” Said Ebenezer: “The Supreme Court has a monumental opportunity now to render justice to millions of Dalit Christians and Dalit Muslims who continue to suffer from social stigma and the horrors of untouchability.”