Stories of Strength: The Stewards of 2015 Executive Committee 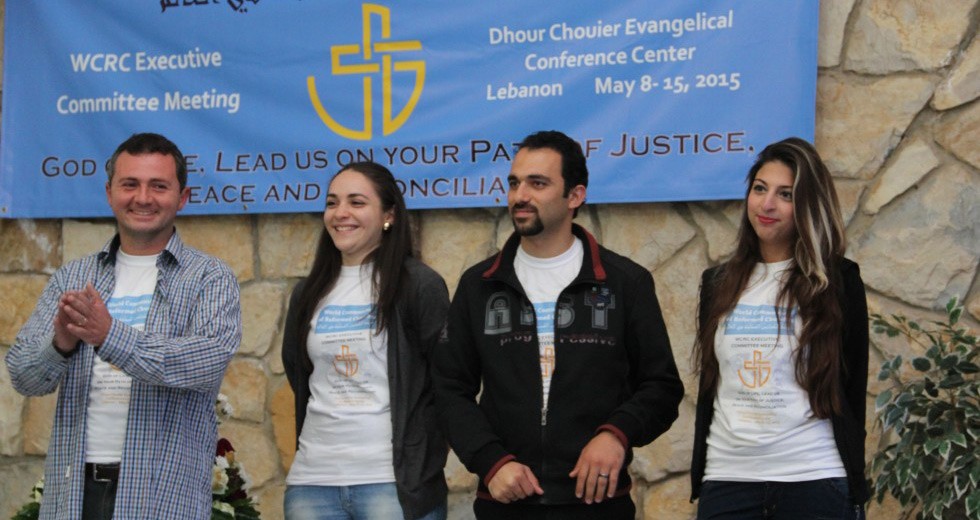 Four young stewards from Syria and Lebanon participated in hosting this year’s WCRC executive committee held in Lebanon. Thanks to these young people the executive committee and WCRC staff were able to hear first hand accounts of the troubles the people of the Middle East are facing. They came from different walks of life: pastors, teachers, students, sons and daughters. They have similar aspirations and dreams to youth and professionals all over the world but the world that they live in—torn apart by war, rebellion and poverty—presents them with problems many others will not face.

Loujain and Paul shared their experiences growing in faith and earning an education in the face of tremendous circumstances in an interview with the WCRC. Nadia presented a powerful testimony to her church before the executive committee, illustrating her struggles living in such a violent time.

Loujain is 20 years old and lives in Homs, Syria. She is currently studying English at university. She was very excited to be a part of the executive committee meeting, saying: “I love this work! I get to meet people from all over the world, and I never would have thought to meet people like this before…This has been a good experience for me. It makes me happy.” 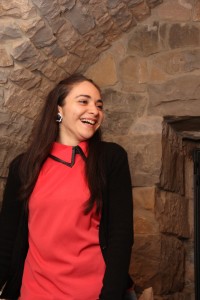 Along with her fellow stewards she hopes to escape her war torn home. “When I finish studying I hope to go to Germany. Anything!” Loujain likes to go to church, even though the church was destroyed during the war. Syria is still a violent place for her and her family. Three months before this interview, she lost her cousin who was killed in an explosion at his university. Her mom’s office was bombed as well.

“I think I never get the life I need. Because the war separated me from everything. I wish I could go with my family outside of Syria, and when Syria becomes better, then we can come back. I cannot see my country in this shape, in this disasterous shape. These four years have been the most disastrous and ugly.

“I am afraid when I hear sounds because I think I should be taking my family and go under the table because I cannot stand another loss. I cannot think about it.”

While the war in her country has taken its toll, Syria is still Loujain’s home. “I ask God to stop the war in my country, in Iraq and in Yemen. I think peace is more beautiful than war. We can achieve more things in peace than in war. The whole world is affected by this war, not just us. It is a world issue.”

She shares this dedication to her home and wish for peace with fellow steward and resident of Homs, Nadia. 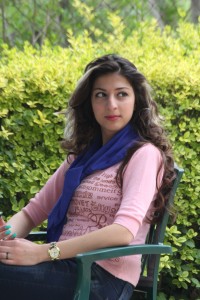 Earlier this year, in a personal testimony, Nadia described her daily life in Homs before the war. Listening to “the bells of the seven churches… They used to ring together, proclaiming the birth of Jesus, singing Halleluiah on Palm Sunday and rejoicing on the resurrection day.” The bells are broken and silent now. After a group of radicals took over Homs and drove most of the residents out of her neighbourhood, Nadia and her family stayed; they would not leave their home. Even after a rocket destroyed their home, Nadia and her family returned to Homs. “We feel that it is our duty to turn back to our house and encourage our neighbours to do the same.”

In the midst of all this drama Nadia graduated this year with a bachelor’s degree in computer science. “It did happen in the middle of the craziest period of my life. Yet, it showed that we did not give up; we did not lose our hope to the terror. We will never do because we are still alive! As long as we have the gift of ‘life’ from God, we will have the power to live and move on.”

Paul, 35 years old, while from neighbouring Lebanon, shares many experiences with Nadia, including his bachelor’s degree in computer science. Paul is a gifted individual who is not only an elder in the Presbyterian Church but also teaches computer, graphic design and website development. He also is a photographer in his spare time. 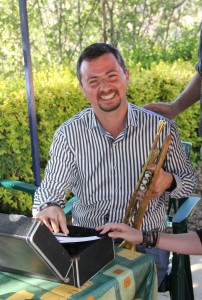 Paul is married to a fellow educator; his wife is also pursuing a master’s degree in school management. Their love for education as a couple is apparent. Together, they have two children, a three-year old and a two-year old.

It was this love for learning that attracted Paul to the stewardship opportunity: “I like to be in contact with people, explore and have adventures. I have met a lot of people, from many different nationalities, and I have learned a lot. I feel rich in information. This increases my love for all of the world.”

Paul kindles his strong faith through evangelism and experiencing humanity. To him, his faith is like breathing. “I like to share my faith with people. Evangelizing is to witness, when you know the love of God: the unlimited love of God to all people.”

These stewards helped bring a different worldview to the members of the executive committee. They showed them the power of family and faith in the face of extreme adversity and illustrated the dire circumstances Christians operate in all over the world.

2 Comments on “Stories of Strength: The Stewards of 2015 Executive Committee”