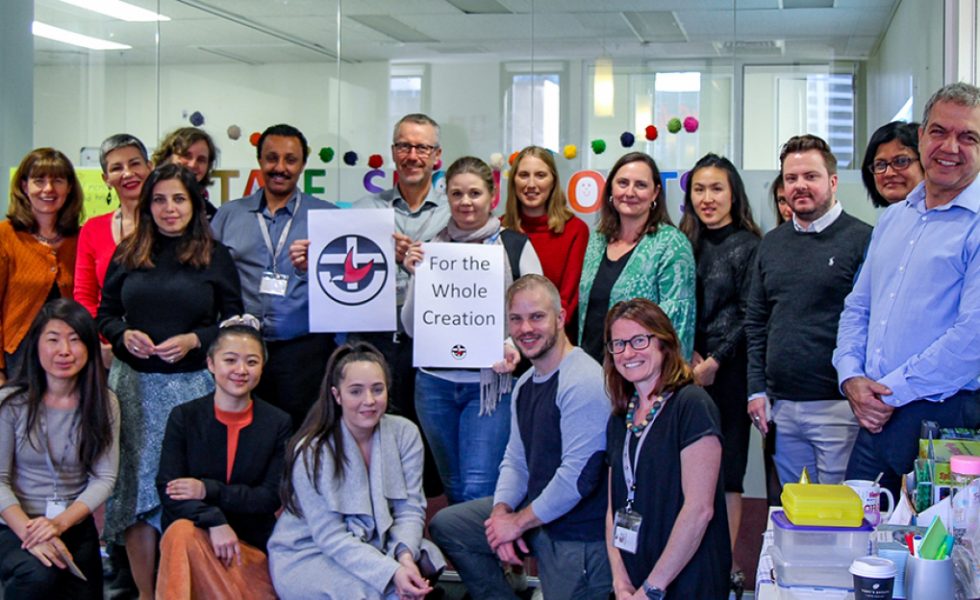 As politicians gathered to discuss the current energy supply situation in Cuba, the Moderator of the Reformed Presbyterian Church in Cuba, Rev. Dora Arce Valentin reminds members of the congregation that “the Lord is always in the midst of the storm” in her Pastoral Letter.

WCRC member churches stand up for climate justice! The United Church of Christ, the Uniting Church in Australia and the Reformed Alliance in Germany are calling their members to join the global climate strike on 20th September and become faithful stewards of this Earth!
The Reformed Church in Hungary received a positive answer to their letter of requesting the President of Hungary, Mr János Áder, to support the EU 2050 climate goal!

Pilgrimage to walk with minorities in Japan is hosted by the Korean Christian Church in Japan!

The President of WCRC, Rev. Najla Kassab, is presenting this week about the ordination of women and Christian witness in the Middle East at the Louisville Presbyterian Theological Seminary! Listen to her lecturer under this link!

One year after the peace deal in South Sudan, African religious leaders published a press statement to urge East African leaders to take action for peace!

Young people from the Uniting Church in Australia sang for justice, with hope and of change at the Parliament of World Religions in Sydney.

Pastor Gerardo Oberman, the President of the Reformed Churches in Argentina, sat down to discuss the social dimensions of the Gospel in an interview with AIPRAL.

“The church of the future is a church of diversity” state young people from Germany and the US as they meet to discuss racism and social injustice in Westphalia.