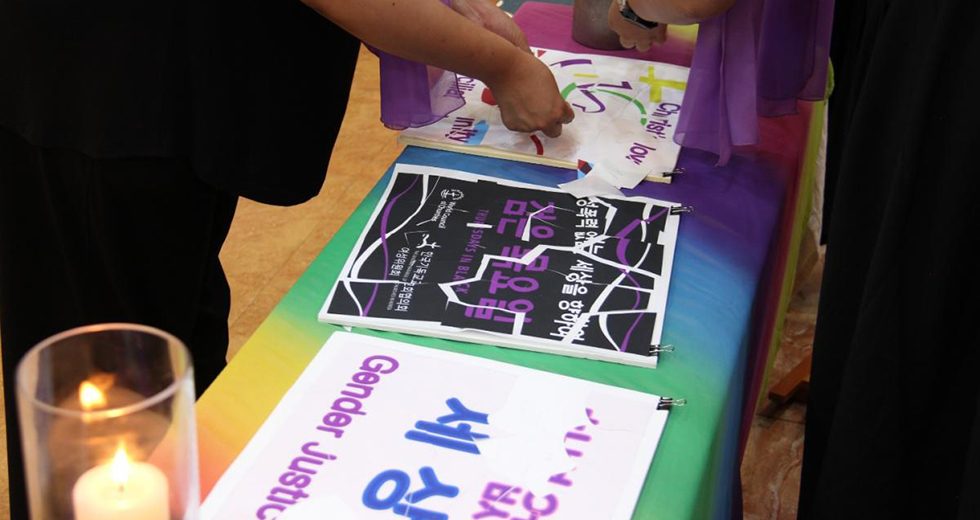 In many places in Lebanon, there is no longer a nationwide supply of electricity. The Christian Aid Association in the Orient supports its partner in the Armenian Evangelical Church Union in supplying the church, school, and associated boarding school in Anjar with solar energy.

15 August is a date on which the Waldensian communities of Piedmont (Italy), in the mountains of Angrogña, from the mid-nineteenth century (year 1834) held a “religious meeting” and since then they have come together year after year to offer hymns, songs of praise, prayers, sharing the word and the message, and in this way, remember the glorious history of the Waldensian people in exile and persecution.

Pictures of Diversity and Unity: We are called, created, redeemed, and empowered for a life of oneness, said Sandra Van Opstal at Inspire 2022, a ministry conference held by the Christian Reformed Church in North America.

Frederick Buechner, popular Christian “writer’s writer” and “minister’s minister” and an ordained evangelist in the Presbyterian Church (USA), has passed away.

Many WCRC member churches are sending delegations to the World Council of Churches Assembly, which will take place from August 31–September 8 under the theme “Christ’s Love Moves the World to Reconciliation and Unity.” Members going include the United Church of Canada and the Uniting Church in Australia.

As colorful panels traveled from South Korea to be included in the Waterfall of Solidarity and Resistance at the World Council of Churches 11th Assembly in Karlsruhe, women in South Korea shared a sense of global support.

The Council for World Mission is to launch The Onesimus Project at Vender Kemp Memorial Church in Bethelsdorp, South Africa on 23 August, coinciding with the International Day for the Remembrance of the Slave Trade and Its Abolition. Member churches and partners are invited to view the event, which will be live-streamed on the CWM YouTube channel starting at 9:00 A.M South African Standard Time.

The World Council of Churches has published an “Ecumenical International Youth Day Toolkit: Indigenous Youth and Land Rights Activism.” The book is designed to help people reflect, advocate, and pray about the challenges and learn more about the wisdom of Indigenous Peoples.

Video presentations from Conference of European Churches seminar on the “role of religion in the ongoing conflict in Ukraine” are now available. The speakers representing Ukrainian churches addressed topics related to global church response, religious diplomacy and the responsibility of European churches in promoting ecumenical dialogue, while safeguarding justice and truth.

Three new theological reflections are available to help people prepare and reflect for the World Week of Peace in Palestine and Israel, to be held 15-22 September.