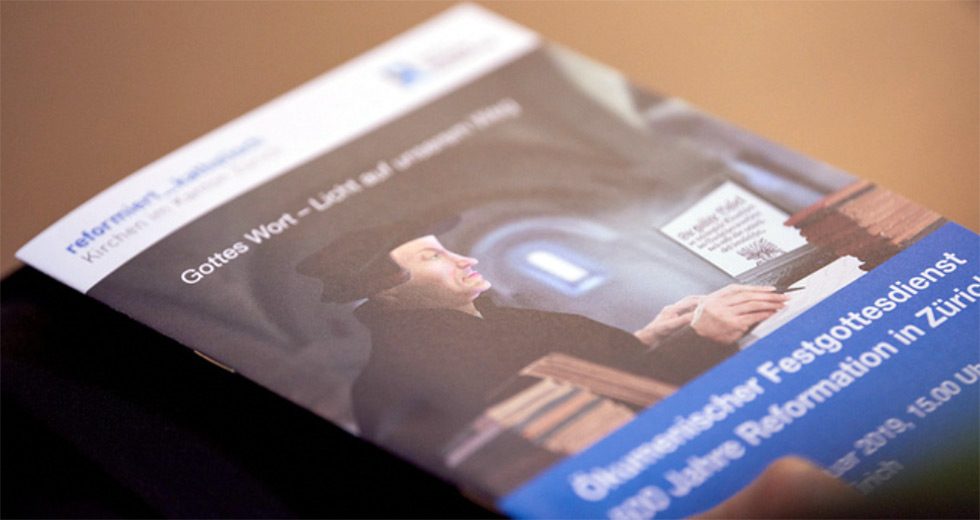 Each Thursday our blog features news from our member churches around the world.

A festive Reformed-Catholic worship service commemorated the 500th anniversary of the start of the Zurich Reformation.

To commemorate the 50th anniversary of the Korean missionary mission to Africa, the Presbyterian Church of Korea will hold various commemorative events in Ethiopia in early February with the Ethiopian Evangelical Church Mekane Yesus.

Louisville pastor and college president tells Presbyterians to use their imaginations to empathize with oppressed people during the annual Presbyterian Center Service of Commemoration for the life of Martin Luther King Jr..

Susan Brown, moderator of the Church of Scotland, who this month has been visiting the Church of South India, says her own understanding of ecumenical and interfaith work has been enriched by meeting and talking with people of other faiths over the last year.

A youth gathering in Argentina that engaged in a study and discussion of the role of the state and the church in the public sphere of Protestant identity concluded with a statement calling for a government that works for all, not just the majority. Meanwhile, more than 120 young adults from across the Uniting Church in Australia are together on a journey of deepening their faith and exploring their gifts as leaders.

In the Week of Prayer for Christian Unity, Italian Catholics and Evangelicals have launched a common appeal: “On immigration we must change the language and intervene: save those in danger and expand humanitarian corridors, opening new routes for regular entry.”

The Christian Reformed Church in North America’s Office of Social Justice has a page with downloadable Creation Care liturgies, calls to worship and responsive readings.

The Universal Day of Prayer for Students is one of the longest established ecumenical events. The World Student Christian Federation publishes ecumenical services of worship for the day of prayer and invites all to join in.