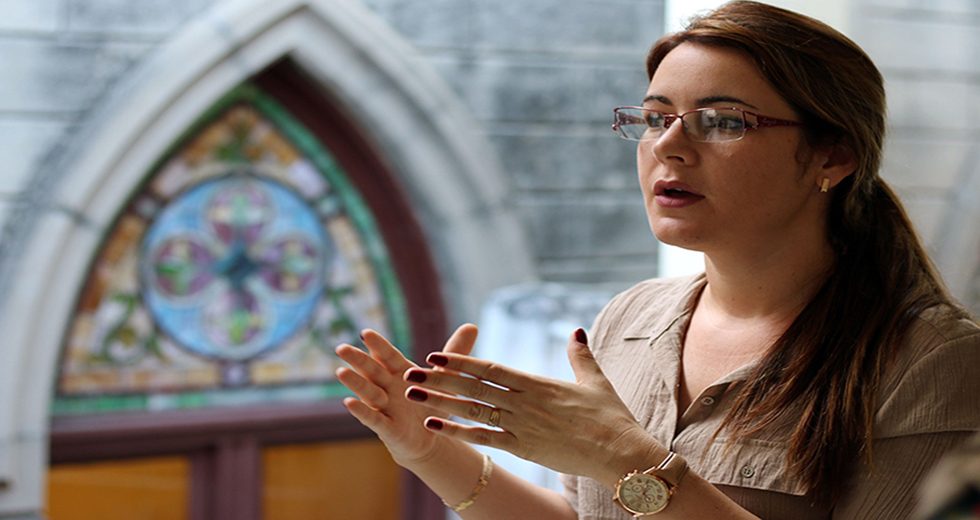 Despite the improbability of her call last winter as pastor of historic First Presbyterian Church here, the Rev. Liudmila Hernández is supremely confident about her ministry. “It is a challenge all the time but I have no doubts,” she says. “I feel energy every day and ask God, ‘This is your church — help me.’” Read More

Churches and faith communities under the umbrella of the Zimbab­wean Council of Churches (ZCC) have campaigned during the past few months in an effort to ensure that peace pre­vailed in the run-up to, and during, the national elections in Zimbabwe on Monday. Read More

Attorney General Jeff Sessions announced during a Department of Justice summit in Washington that he is creating a religious liberty task force to challenge what he called a dangerous movement “eroding our great tradition of religious freedom.” Read More

First Christian Reformed Church in Ripon, Calif., recognized its 100th anniversary this year with celebrations spread from February to September. Begun with 29 people on February 4, 1918, the church had grown to over 80 families by 1924; over the years it planted three churches and now operates out of a building that was renovated three years ago. The overall theme for the anniversary celebrations is “He is faithful, generation to generation,” based on Psalm 100:5. Read More

This week the World Council of Churches Bossey Ecumenical Institute in Switzerland is ringing with scriptural sharing, research, and dialogue drawing together perspectives from Judaism, Christianity and Islam as students work to complete a Certificate of Advanced Studies (CAS) in Interreligious Studies. Read More

The third session of the Young Ambassadors of Peace in Asia (YAPA), organized annually by the Christian Conference of Asia (CCA) to train prospective young peace activists, will take place from 14 to 20 October 2018. The week-long training intends to train and empower a cadre of young peace activists in Asia with a strong sense of commitment to peace and conflict resolution as well as to nurture interfaith and inter-ethnic harmony. Read More