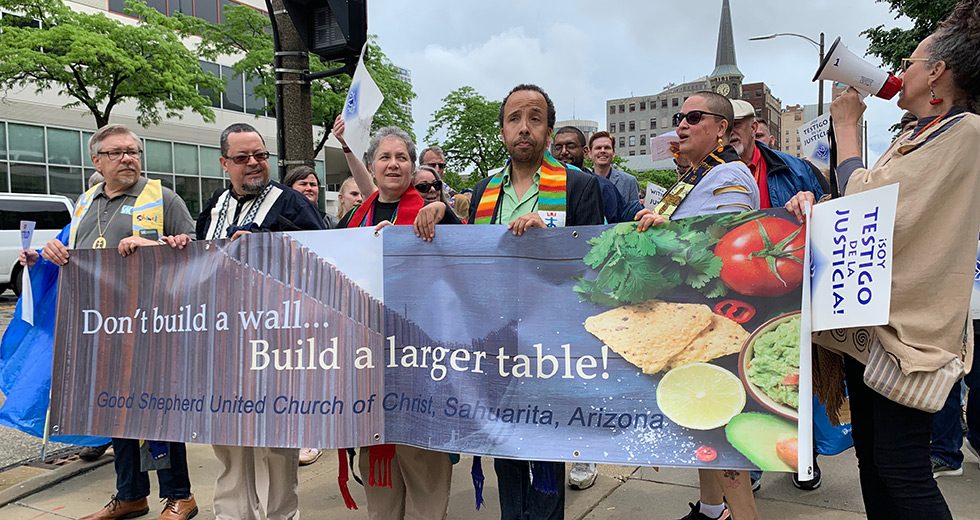 Last week thousands of Germans came together in Dortmund for the bi-annual Kirchentag. Here’s an overview of the event (from the French!).

Remembering the forgotten war: The Presbyterian Church (USA)’s Season of Prayer and Reflection in the Korean Peninsula runs through August 15, focusing on the Korean War which began in 1950.

More than 500 delegates and visitors to the United Church of Christ General Synod took to the streets of Milwaukee, Wisconsin, USA, joining more than 100 local activists in a rally calling for a change in policies that separate immigrant families.

A regional women’s meeting in Argetina focused on how the church can assist those with depression.

Global support continues to grow for the Season of Creation, an annual celebration of prayer and action to protect creation that is celebrated by tens of thousands of Christians of all traditions around the world.

A newly released World Council of Churches publication, “For Those Who Wish to Hear,” is a collection of reflections from participants in the Global Ecumenical Theological Institute in Arusha, Tanzania, in 2018.

The Executive Board of the Evangelical Mission in Solidarity (EMS) met in Lebanon for the first time.