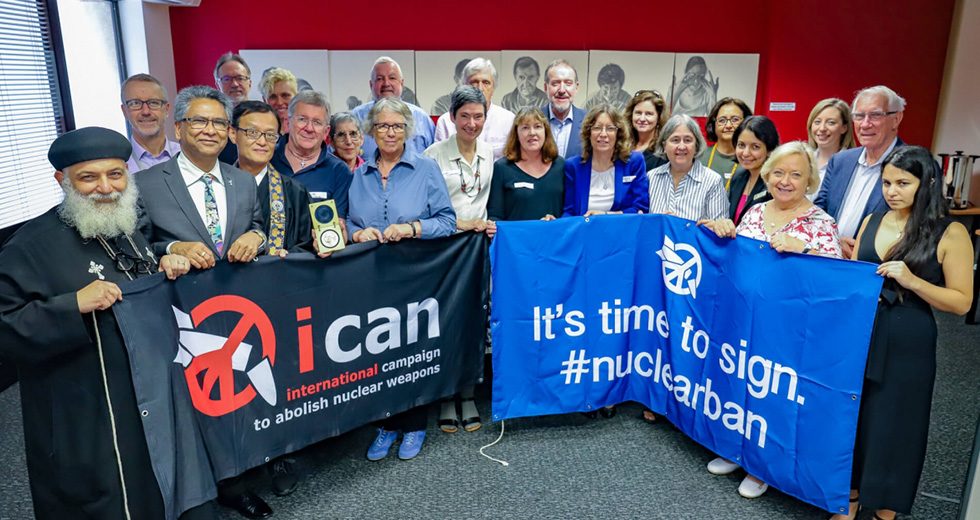 The Evangelical Church in Germany (EKD) sends a rescue ship to the Mediterranean to save refugees from drowning. The action is controversial, even within the church. Bern theologian Frank Mathwig explains why he considers sea rescue to be a Christian duty while Swiss Evangelical Church President Gottfried Locher says why the church is committed to sea rescue.

Katherine Johnson, a mathematician and a longtime Presbyterian Church (USA) ruling elder who was an important contributor to NASA’s space program and a central figure in the book and movie version of Hidden Figures, died Monday at age 101.

Steven Bouma-Prediger discusses his new book, Earthkeeping and Character: Exploring a Christian Ecological Virtue Ethic in which he presents a concise, winsome ecological virtue ethics. He draws on the long history of virtue ethics both Christian and classical, evokes relevant biblical texts, and offers illustrative examples.

The Uniting Church in Australia hosted an interfaith roundtable on the International Campaign to Abolish Nuclear Weapons on Monday 24 February.

The Waldensian Church provides support to its members in the conorna-infected areas of Italy.

It is considered the stronghold of the Geneva Reformation. Now a Catholic mass is being celebrated in the Cathedral of St. Peter for the first time in 500 years. What does that mean for ecumenism in the canton?

As the World Council of Churches 11th Assembly preparations progress, the Assembly Worship Planning Committee together with the WCC Youth Engagement programme are presenting a creative opportunity to young people who attend a WCC member church, inviting them to enter a song writing competition.

The February issue of the Council for World Mission’s INSiGHT magazine showcases a range of voices. You’ll read about marginalisation of market vendors in Jamaica; climate justice for vulnerable rural communities in Pakistan; a perspective from Belgium on inter-connected global challenges leading to protests; a biblical outlook on the protests in Hong Kong; and the heartrending orphan ministry from Myanmar. Also in this issue is an interview with our incoming Europe mission secretary Rev Dr Michael Jagessar.