Freedom of religion rooted in justice 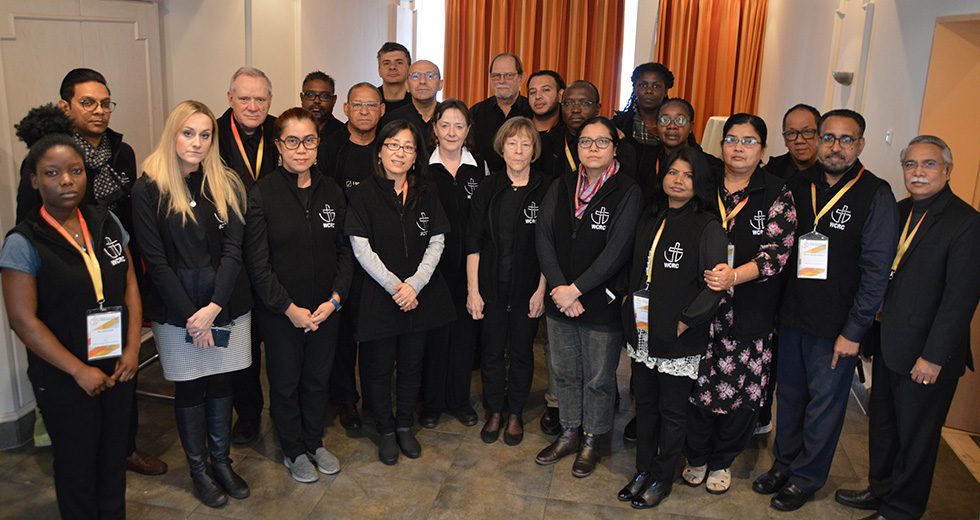 A recent consultation took important steps to find a faithful paradigm of thinking over the issue of “Freedom of Religion or Belief.”

Twenty-two church leaders and theologians gathered in Hattersheim am Main, Germany, 25-27 February, to discuss this issue in light of the global rise of ethno-nationalisms, xenophobia, interreligious intolerance, patriarchal hegemony and racism.

“Given the present rise of ethno-nationalisms that use religion as identity markers and for legitimization of violence, it is imperative that we as people of faith be able to support the freedom of religion and work towards a world in which all people of faith have the freedom of expression, articulation and propagation of their faith,” said Philip Vinod Peacock, executive secretary for justice and witness of the World Communion of Reformed Churches. 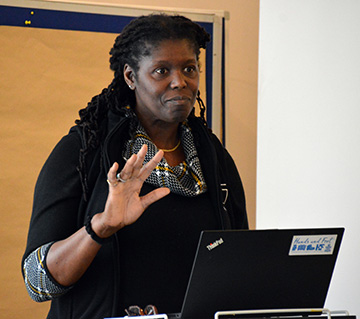 “The infringement of the right to freedom of religion or belief, especially of the most vulnerable, by the populist nationalisms of today that have surreptiously co-opted the moral premise of the protection of freedom of religion for their own vested agendas, presents one of the most painful and paradoxical moral wounds of our times,” agreed Peniel Jesudason Rufus Rajkumar, programme coordinator for interreligious dialogue and cooperation of the World Council of Churches.

In a final statement, the consultation “recognized that the present global climate necessitates interreligious cooperation and the building of alliances that are committed to a world that is predicated on justice and freedom” and that “the question of the freedom of religion must be located in the question of justice.”

“As a Muslim public intellectual committed to interfaith dialogue for peace and justice, there was no forum that I found to be more hospitable and receptive to the interreligious work we are involved in than our gathering,” said Junaid Ahmad, professor of religion and world politics at the National Defence University (Pakistan).

“To listen to and engage with Christian theologians, activists and thought-leaders was an extraordinary experience precisely because of the possibilities it offers in a world increasingly torn by ideologies—‘fundamentalisms’ of both the religious and secular variety—that seek to advance the most dangerous forms of authoritarianism, xenophobia and racism, including the most alarming of our time: Islamophobia,” Ahmad said. 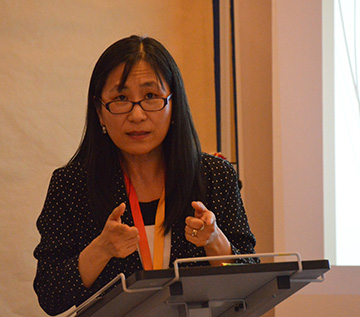 Noting John Calvin’s assertion that “all humans have an inherent God-given dignity, meaning our rights are rooted in God,” the consultation stated, “We therefore cannot speak about the freedom of religion without speaking of justice and dignity of all humans.”

The statement went on to strongly condemn all forms of religious discrimination, oppression and persecution. “We are called to assume a theology of courageous risk and a radical and mutual hospitality. For this we can look to examples of religious cooperation and support even in the midst of religious violence. We recognize that only an interreligious community of imagination can challenge nationalist notions of intolerant religiosity that deny the dignity and religious freedoms of the vulnerable. We call for a lived theology of resistance, restoration and reconciliation.”

“The relevance and timeliness of this meeting rests on its vision to confront such abusive perversions by exploring a model of faithful engagement that is at the same time critical of the dominant, committed to the vulnerable and ‘com-passionate’ (comradely and passionate) in its approach,” said Rajkumar.

The consultation was co-hosted by the World Communion of Reformed Churches and World Council of Churches and made possible through funding by Otto per Mille.