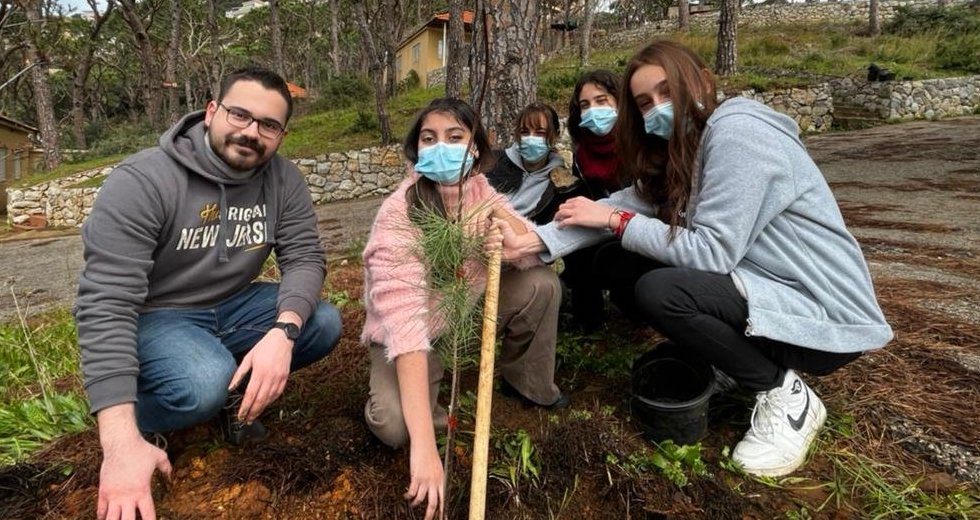 With humanitarian disaster is imminent in many Ukrainian cities, churches and aid organizations across the country are doing what they can to help all those on the move. Kerk in Actie, the Dutch Protestant aid agency, provides support.

While ten million Ukrainians have left their homes for fear of the bombings and more than three million have fled abroad, relief efforts are being organized on both sides of the border. HEKS/EPER, the Swiss Protestant aid agency, is present at four access points in Romania and meets with families who are torn between despair, gratitude, and resilience.

A long-planned aid project for displaced people in the Tigray region of Ethiopia is finally up and running. The Evangelical Church Mekane Yesus is now caring for 1,000 people displaced by ongoing conflicts in the region.

A partnership between the Middle East Council of Churches and Danmission has launched a new reforestation campaign in Lebanon. The first event saw a group of youth from the Armenian Evangelical Church in Dora, Lebanon, Emmanuel Church, plant trees and bring life back to the forest near the Kchag Conference Center in Monteverde.

“If I Do Not Have Love, I Am Nothing” — He fled from Transcarpathia, Ukraine, but now he receives refugees in his home in Hungary. After crossing the border, he immediately started to volunteer; interpreting, transporting, and trying to be God’s instrument.

If not the church, then who? In times of war, pacifism has a hard time. Those affected demonstrate their will to fight, politicians call for rearmament. The church could be an important voice of dissent. After all, working for peace is one of its core tasks writes Antonia Moser.

A caravan promoting “life, peace, and permanence” has moved through several territories in Colombia and is concluding with a Forum for Human Rights and International Humanitarian Law.

The Council for World Mission commemorates the International Day of Remembrance of the Victims of Slavery and the Transatlantic Slave Trade, 25 March.

Local churches are frontline response for 10 million displaced Ukrainians: During a press briefing, a delegation from the World Council of Churches and ACT Alliance shared their observations from a recent trip to Hungary, Romania, and Ukraine, where they witnessed firsthand both urgent humanitarian needs and a robust church response.

Members of the Joint Committee of the Conference of European Churches and the Council of European Bishops’ Conferences are calling leaders of the nations and the international community to do everything in their power to end the current war in Ukraine that is destroying lives and causing untold suffering.