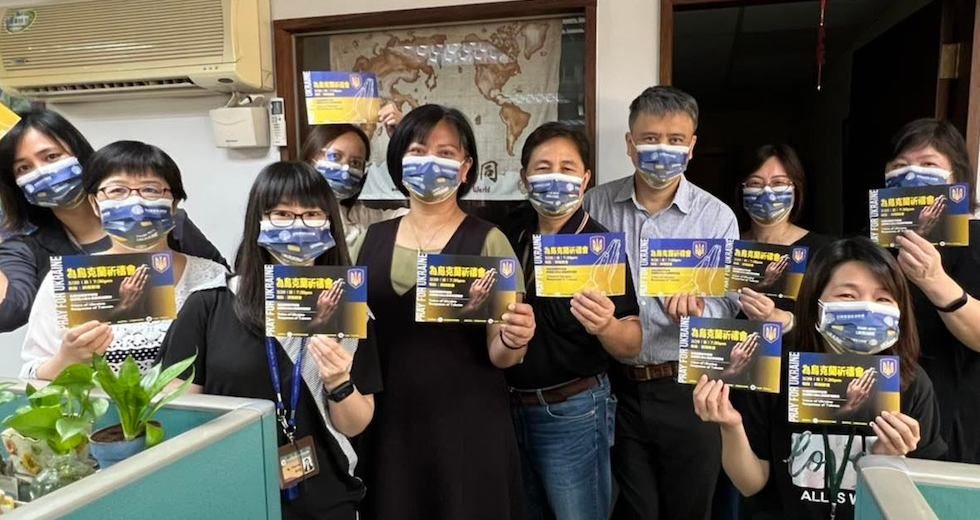 Sándor Zán Fábián, bishop of the Reformed Church in Transcarpathia, discusses the challenges currently being faced by Ukrainians in the west of the country.

Church of Scotland members are preparing to “welcome the stranger” by opening up their homes to Ukrainian refugees, while one church pastor, who has a personal connection with Ukraine and its people after spending time in the country training student pastors in urban ministry, shares his reflections on watching the invasion of a country he knows and loves.

AIPRAL’s Youth and Women’s pre-assemblies were held online and included meeting in small working groups that presented in their respective plenary sessions the conclusions on the topics addressed: gender violence in the context of the pandemic and economic justice through the figure of Zacchaeus.

Pastoral care is desperately needed in the traumatic situation that Ukrainian refugees face: dealing with trauma, being separated from family members, and the war that causes so much pain and suffering. The Protestant Church in the Netherlands is working with partners to make pastoral training available across the country.

Christian leaders from across the United States (including WCRC member churches) signed a letter to Patriarch Kirill, the leader of the Russian Orthodox Church, asking him to use his influence to end the invasion in Ukraine. The ecumenical letter was organized by Wes Granberg-Michaelson, general secretary emeritus of the Reformed Church in America, and Jim Wallis, head of Georgetown University’s Center on Faith and Justice. On behalf of ECO, Synod Executive Dana Allin also sent a letter to Kirill urging him to stand with the vulnerable and innocent.

As needs grow in Ukraine and neighboring countries, churches offer crucial humanitarian aid: The scope of human need is growing exponentially as the war continues between Russia and Ukraine — despite an international outcry for peace — and churches are offering vital assistance to thousands upon thousands of people.

The 66th United Nations Commission on the Status of Women is centering the role of women and girls in combatting climate change. But the event opens, the world and women and girls in particular are facing numerous issues that intersect with the climate crisis, including the COVID-19 pandemic and a war in Europe that threatens to become a global conflict.

Kateryna Potapenko fled from Ukraine and describes her way, what she experienced, her emotions and thoughts. “How is war changing the world as we knew it? How does war change us? What remains of faith in the good in the face of this horror?”

A church leader in South Sudan is urging the international community to keep its focus on the growing humanitarian crisis in the world’s youngest nation, as the globe beams its attention on the conflict in Ukraine.

Image: The Presbyterian Church of Taiwan will hold a service of prayer for peace in Ukraine on Sunday, March 20, at 19:30 (Taiwan time).