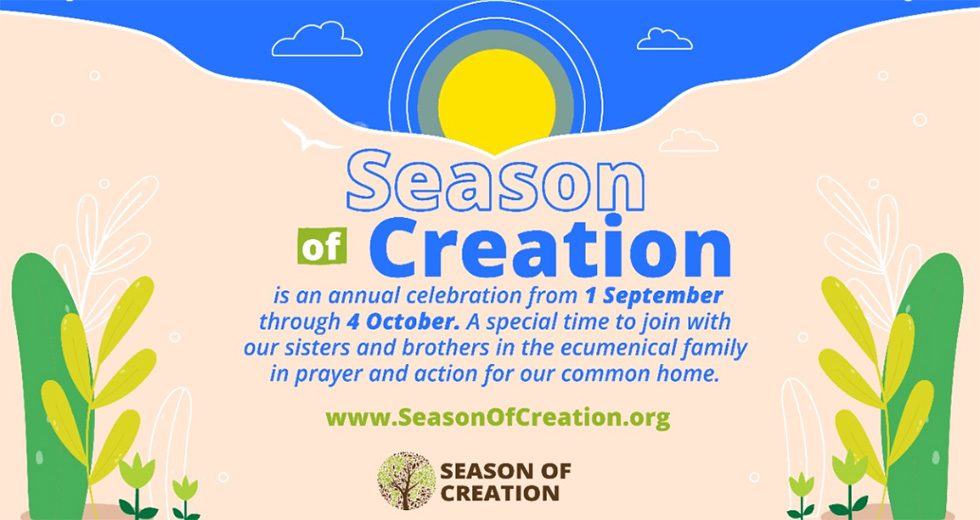 John Proctor, outgoing general secretary of the United Reformed Church, is retiring on 14 August having served the church for 34 years. In his own words, John reflects on his time in the role and offers thanks to those he has worked with.

After thirteen years Andreas Zeller is stepping down as the president of the Synodal Council of the Reformed Churches Bern-Jura-Solothurn (Switzerland). In this interview he talks about leadership style, dark moments, and a farewell that did not go as planned.

Embracing the “apocalyptic”—seminaries adapt to ministry, theology, and teaching in a pandemic.

Many member churches have responded to the explosion in Beirut. Here are a few, including stories from the city and ways in which to support relief efforts:

All are invited to join in a time to renew relationships with God the Creator and all creation through repenting, repairing, and rejoicing together during the annual Season of Creation, from 1 September through 4 October.

The Calvin Institute of Worship invites all to engage in an online learning experience around key topics and themes in worship and the Christian life at the Calvin Symposium on Worship: 6-26 January 2021.

Church groups in the Philippines renewed calls for the resumption of the stalled peace process between the government and communist rebels following the killing of a rebel peace consultant.

The rescue ship Sea-Watch 4, purchased by a crowdfund led by the Evangelical Church in Germany, is ready to start operating in the Mediterranean Sea to help migrants attempting to reach Europe from north Africa.