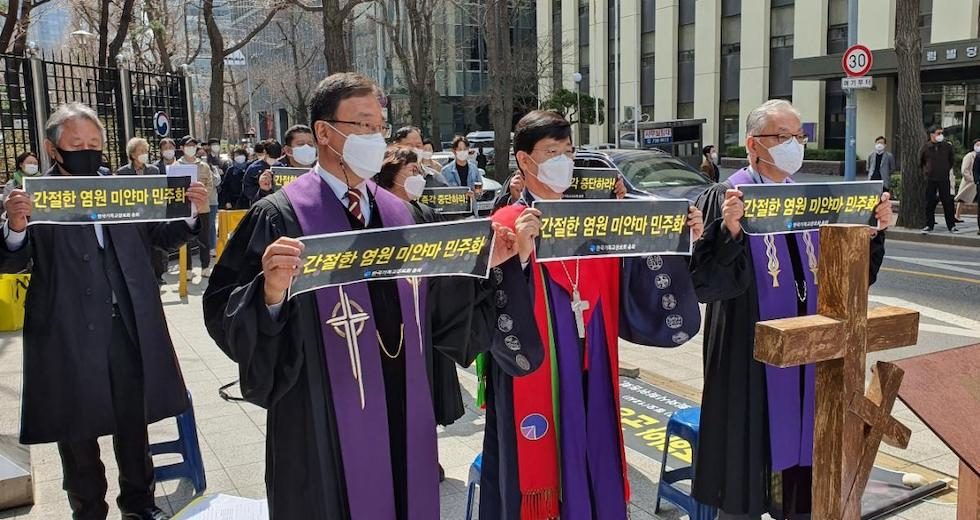 Three months after a fire devastated its historic edifice, New York City’s Middle Collegiate Church is holding a star-studded benefit to raise money to rebuild. Singer Norah Jones and presidential daughter Chelsea Clinton are among the performers and activists who will take part in the Thursday (March 25) event that will be broadcast from Bloomingdale’s Studio 59.

Justo Mwale University in Zambia is generally thought of as an educational institution that prepares pastors. It has trained pastors for seven African countries. But this unique place of learning also plays a key role in equipping scholars to go on to train pastors in other African theological schools.

The First Congregational Church of Williamstown (Massachusetts, USA) and the Four Freedoms Coalition are cosponsoring an interfaith panel discussion called “Christian Nationalism: How it Harms Us All.” Attorney Sherwood Guernsey – who represents both the church and the coalition – spoke about the panel, and why the chaotic events in Washington on 6 January inspired it.

Korean churches lift up people of Myanmar in Lenten prayers calling for peace: Churches in Korea are expressing solidarity with the people of Myanmar through prayers and letters that urge an end to human rights abuses and the restoration of democracy.

United Nations event inspires young women: Presbyterian delegation is in the final week of the UN’s Commission on the Status of Women.

The National Council of Churches in the Philippines said the decision of the Inter Agency Task Force to ban religious gatherings in Metro Manila and other areas “grossly unfair.”