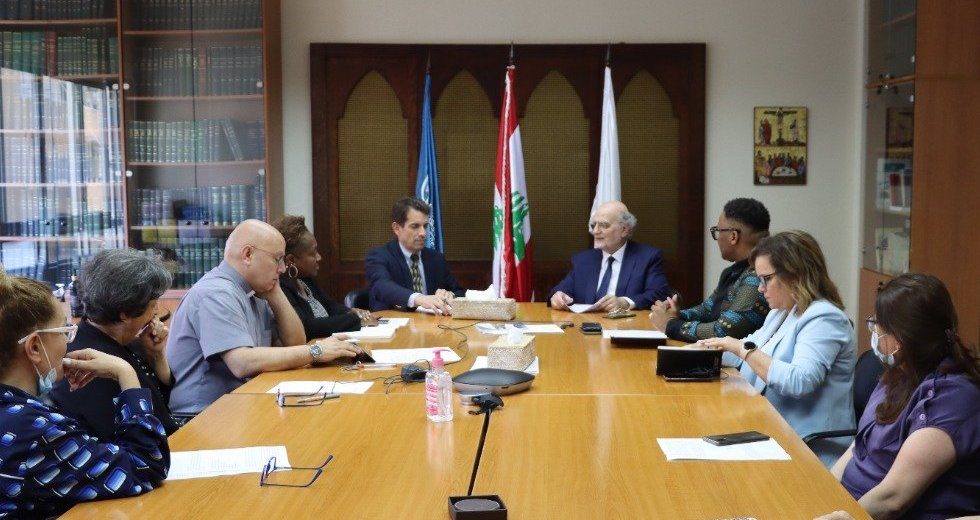 Serge Fornerod, of the Protestant Church in Switzerland, reports on his trip to Lebanon from May 7th to 12th, where he and Marina Doelker attended the partner meeting of the Compassion Protestant Society and held talks with various representatives of Protestant churches in Lebanon and Syria.

A delegation from the United Church of Christ and Global Ministries of the Christian Church visited the Middle East Council of Churches secretariat in Beirut.

Prayer for North Korea: Second-generation Korean migrant and young Uniting Church in Australia leader Joy Han and Seung Jae Yeon, chairperson for the Korean National Conference (Australia), have written Prayers of the People, one in English and one in Korean, asking God’s comfort, healing and hope for the Korean community, particularly the people of North Korea struggling with the rapid spread of COVID-19.

Colombian delegation calls upon international community to revive “vital support”: As a group of three laureates of the “National Human Rights Award in Colombia” engaged in meetings with diplomats and United Nations representatives in Geneva, an event was organized on 8 June at the Ecumenical Centre in Geneva to offer the delegation the opportunity to share about the deterioration of the peace process in the country and the importance of international solidarity.

One century of ecumenical theology—now at your fingertips: As the World Council of Churches’ first substantial digital publication and its largest free collection, the Faith and Order Papers open a new frontier for scholars, ecumenists, and anyone interested in traversing the twists and turns of the path towards Christian unity.

A significant publication on ecumenical diakonia, providing a common platform for the churches and ecumenical partners worldwide for acting and reflecting together, was presented today by the World Council of Churches and ACT Alliance.