GEM school ends with hope for a better tomorrow 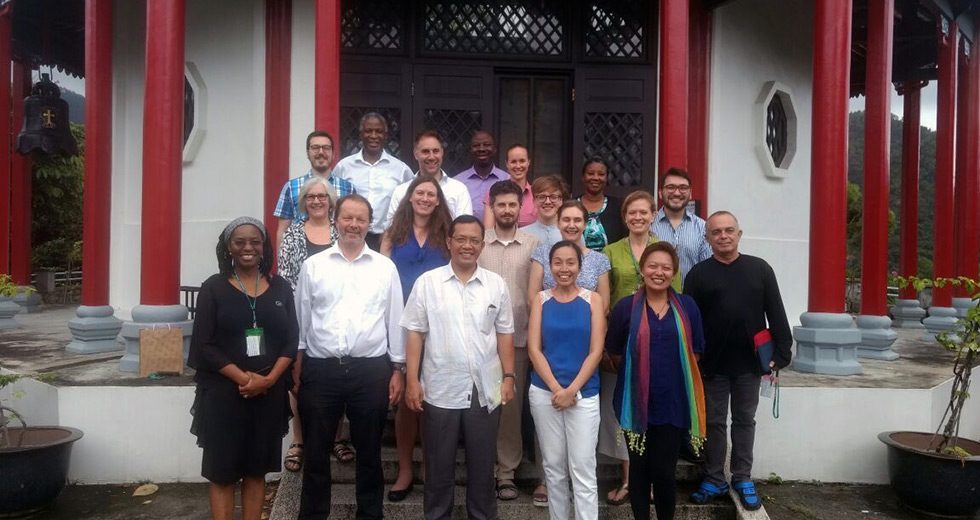 “As a professor of economics and economic ethics with a theological background, and as dean of the GEM school, I can say that pluralistic economics—getting new prominence as an international student initiative—is an attempt to challenge neo-liberal monolithic economics. It is time for new thinking about economics,” stated Prof. Martin Büscher, first chair for economics and business ethics at the Institute for Diakonia and Management at the Protestant University of Wuppertal/Bethel, Germany, at the conclusion of the Governance, Economics and Management (GEM) School held in Hong Kong on 22 August-2 September.

Through a 10-day learning process convened by the World Council of Churches (WCC) and the World Communion of Reformed Churches (WCRC), the GEM school gathered church leaders, emerging leaders and experts in the field of economics, and ended with hope for a better tomorrow. Although much needs to be done to challenge self-centered models in the field of economics, it was clear that taking the first steps now is essential.

“Economists should look at their outdated ethical basis and consider realistically what they consider to be ‘external effects,’ like poverty, inequality, unemployment, ecological destruction. Central challenges of humankind are economic—economists relying on self-interest and neo-liberal mathematical models should leave their powerful ivory towers,” added Büscher.

The GEM school stems from a joint undertaking of faith groups to work toward a new international financial and economic architecture (NIFEA). Reflecting on the school’s contribution to this process, Rev. Dora Arce-Valentin, executive secretary for Justice and Partnership at the WCRC said, “The GEM school is one of the priorities identified in the document ‘An Economy of Life for All Now: An Ecumenical Action Plan for a New International Financial and Economic Architecture.’ The goal of the GEM school is to build economic competencies within the ecumenical movement and the spirit related with it is to empower communities with the tools needed to interpret their context and look for alternatives.”

“The GEM school can contribute to the NIFEA initiative as one of the ecumenical ways to challenge the powers of today’s world, together. If we are able to move ahead on the same path, the GEM school will become a network of ecumenical leaders pushing their churches to use the potential of advocacy in condemning the current system and promoting alternatives. It will also be a great source of projects that can contribute in other priority areas with great creativity and professionalism,” Arce-Valentin added.

The 10-day GEM school ended with the preparation of project proposals by the participants that may be carried out during the next 2-3 years. “The students came up with thought-provoking yet practical ideas based on their learnings,” said Athena Peralta, WCC programme executive for Economic and Ecological Justice. “The project proposals aim, among others, to develop the theological imagination among churches and Christians that will embolden efforts to build a NIFEA, to reshape the economics curriculum in Protestant universities according to Christian values, to come up with alternative indicators that measure dignity of life, and to review corporate compliance with social and ecological standards.”

Büscher concluded that these ideas and projects to challenge and restructure the current financial and economic system are just a start. “The GEM school is for economic empowerment and for advocacy for an economy of life. It is interdisciplinary, and ultimately for social impact,” Büscher said.

This is a joint release between the World Council of Churches and the World Communion of Reformed Churches.