Kassab: The church is called for hospitality 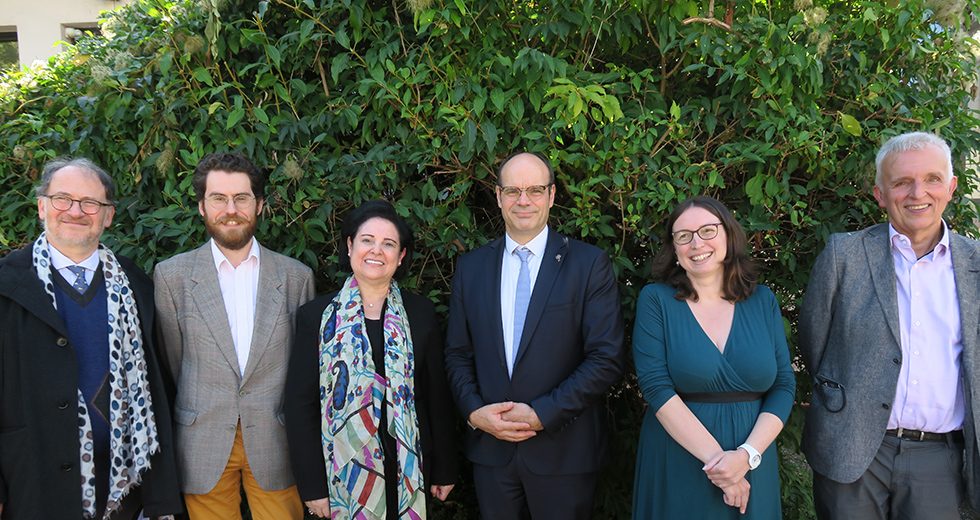 “The coronavirus has created distancing, self-centeredness, fear from the other. It is time for the church to live hospitality, inviting the struggling and marginalized around us,” said Najla Kassab, president of the World Communion of Reformed Churches (WCRC), in a presentation over the weekend.

She was speaking at the Synod of the Union des Églises protestantes d’Alsace et de Lorraine (Union of Protestant Churches of Alsace and Lorraine), a WCRC member, formed in 2006 by the union of Reformed and Lutheran churches in Alsace and Lorraine, France.

“The church is called for hospitality to create new spaces where we are renewed by hospitality, where we dare to be in new space, where we accept the invitation to the table set by God, and the invited and inviting are both shaped anew,” she said.

“Today the world is threatened with radical attitudes. Hospitality is one way to cure the world from radicalism. To allow a new encounter of humanity aside from terms as we are the good ones and you are the bad ones, but rather we will meet each other to learn more from each other on how we can be better humans who need to learn daily how to love our neighbour,” she said. 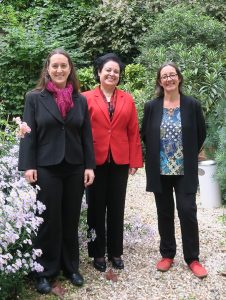 Kassab also delivered the message at the installation service of the church’s new synodical council (pictured above, with Kassab and church president Christian Krieger in the middle). Krieger is also president of the Conference of European Churches.

Prior to attending the synod in Strasbourg, on Friday, 24 September, in Paris, Kassab met with Emmanuelle Seyboldt and Claire Sixt Gateuille, respectively president and international relations officer of Eglise Protestante Unie de France (United Protestant Church of France), a member of the WCRC formed in 2012 by the union of the Reformed Church of France and the Evangelical Lutheran Church of France.

They discussed the work of the WCRC and its member churches, including the impact the COVID-19 pandemic has had on congregations. Kassab noted that the pandemic has impacted our capacity for joy. The church is called to be a place of joy and a place of healing, a place to find peace, she said.

Kassab also met with leaders from Action Chrétienne en Orient (Christian Action in the East), a Protestant missionary association that maintains relationships with churches and Christian organizations in the Middle East.

Photos courtesy and copyright UEPAL and EPUF; used with permission.