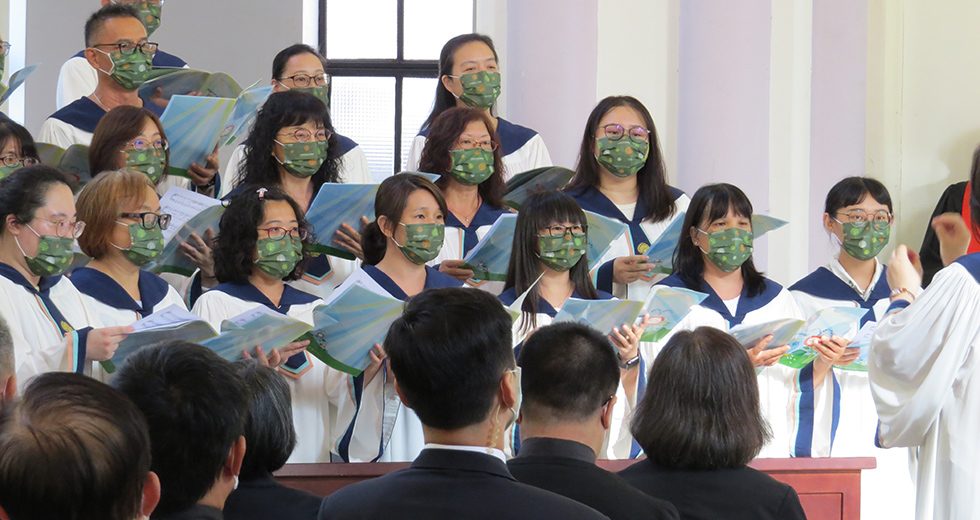 Hamish Galloway, who was installed as moderator the Presbyterian Church Aotearoa New Zealand, hopes to empower young people to make a positive change in the world. Rose Luxford was elected as the Church’s next moderator, the fifth woman in the church’s 120-year history, and will take up her duties in 2023.

In August, a group of Christian climate pilgrims left Poland for the 26th World Climate Conference in Glasgow in November. From September 30 to October 11, this ecumenical climate pilgrimage will take place through the Netherlands. Along the way, they draw attention to the climate. It is possible to join a stage. Churches are also being asked to sign the climate petition.

Christian Krieger was re-elected as president at the synod of the Union of the Protestant Churches of Alsace and Lorraine, at which WCRC President Najla Kassab spoke.

President Kassab was welcomed to the House of Protestantism (United Protestant Church of France) by pastors Emmanuelle Seyboldt and Claire Sixt-Gateuille.

The United Church of Christ in the Philippines Ecumenical Center Church Choir Zamboanga City presents “Somos Uno” in this video.

The Reformed Alliance (Germany) came together for the first time in digital form due to the pandemic, with one focus of its meeting on the anniversary year of the Emden Synod of 1571. Participants discussed how the principles of this Synod (synodality, participation, transparency) are still evident today.

In Hungary, the joint Ecumenical Jury at the CineFest Miskolc International Film Festival awarded its prize to the film Apples, by Christos Nikou, which deals with a situation that mirrors these difficult pandemic times and presents a way to deal with loss and to find meaning in life.

Nishan and Maria Bakalian, currently on assignment in the USA, reflect on mission work in Lebanon and the world in this one-hour discussion with the United Church of Christ, a partner church of the Union of the Armenian Evangelical Churches in the Near East.

← Kassab: The church is called for hospitality
WCRC to celebrate Reformation Day globally →