Need to work together for peace in Korea remains 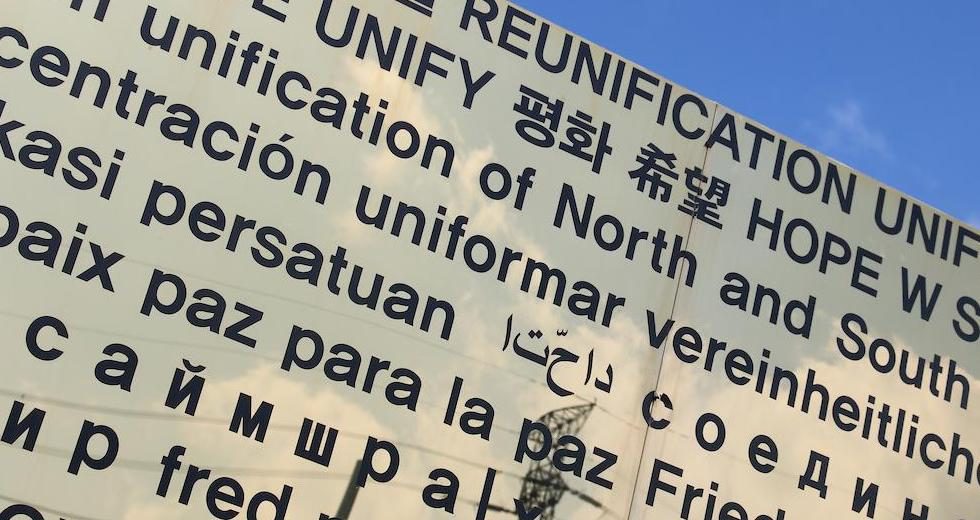 Hong-Jung Lee, general secretary of the National Council of Churches in Korea (NCCK) and a member of the World Communion of Reformed Churches (WCRC) Executive Committee, stated that all military actions and hostile policies that encourage confrontation and conflict on the Korean Peninsula must be stopped, as they directly affect the fragile opportunities for inter-Korean communication.

“Armed with the strongest military capabilities and state-of-the-art military equipment and practicing a war plan that specifies preemptive attacks on and occupation of DPRK, one cannot build mutual trust in building peace on the Korean Peninsula,” Lee said.

Peter Prove, director of the World Council of Churches (WCC) Commission of the Churches on International Affairs (CCIA) acknowledged the very difficult circumstances arising both from the collapse of recent efforts for peace and from the effects of the COVID-19 pandemic, but noted that there are signs both of increased humanitarian need and of possible opportunities for re-engagement in cooperation and dialogue.

Guest speaker Kee B. Park, of the Harvard Medical School and director of the North Korea Program of the Korean American Medical Association, concurred with a comment by Ambassador Kyung-seo Park—former president of the South Korean Red Cross—that North Korea approaches the pandemic not as a public health issue but as a national security issue, and has taken extensive measures to prevent infection, including quarantining facilities and implementing strict travel restrictions since the first surge of COVID-19 in early 2020. There have been no confirmed cases of COVID-19 in North Korea, but the DPRK has signed up for vaccines via the COVAX facility.

Providing a brief update on the status of relations with North Korean partners, participants in the meeting noted that not only have physical engagements and programme activities in North Korea been stopped due to COVID-19, but most communication channels have been suspended. However, representatives of faith-based humanitarian agencies such as Bread for the World from Germany and FinnChurchAid from Finland confirmed they are ready to resume their humanitarian aid programs as soon as conditions allow.

Participants echoed the NCCK’s call for sanctions against North Korea to be lifted or eased.

“Particularly during this time of COVID-19, when more than ever the world needs to act together for justice, it is imperative that sanctions against the DPRK are lifted so that food, medication and vaccinations are accessible to the people of DPRK,” said Philip Vinod Peacock, WCRC executive secretary for justice and witness.

Inter-Korean exchanges and cooperation should be carried out comprehensively based on the lifting of sanctions and the resumption of humanitarian aid, “so the expansion of universal human rights that guarantee the lives of North Koreans should take precedence,” said Lee. The NCCK has been calling for a declaration of the end of the Korean War, the signing of a peace agreement, and the establishment of diplomatic ties between the US and DPRK, contributing to the reduction of tensions and improving the environment for dialogue, cooperation, peace and denuclearization of the Peninsula.

Participants agreed also on next steps, including a joint statement on the negative and counterproductive impacts of the current sanctions regime, and inviting the Korean Christian Federation of the DPRK to the WCC 11th Assembly in Karlsruhe, so delegations from both South and North Korea can renew and develop their relationships at this global ecumenical event.

Christians from both North and South Korea met and celebrated communion together at the WCRC’s 2017 General Council in Leipzig, Germany. The WCRC’s work for reconciliation and peace on the Korean Peninsula is supported by funds from Otto per Mille.