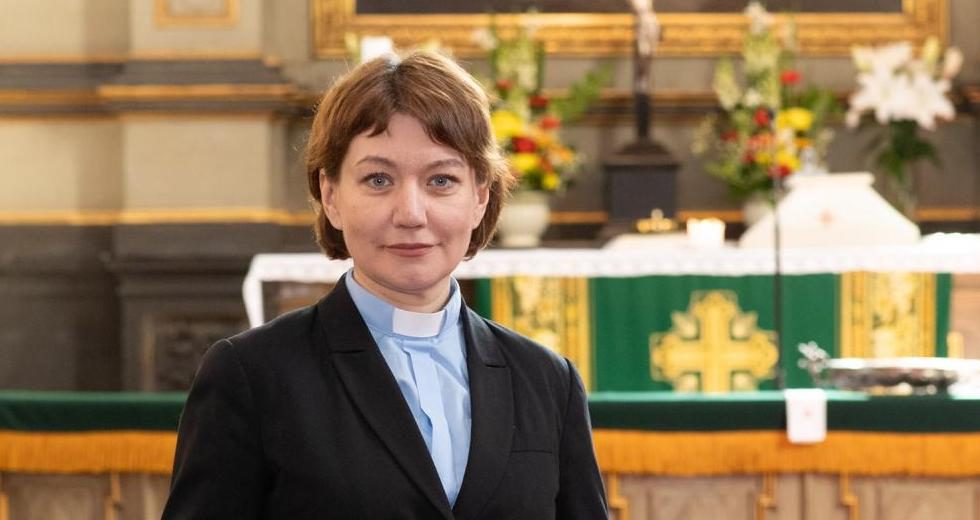 Anne Burghardt was congratulated on her election as the next general secretary of the Lutheran World Federation (LWF) by the World Communion of Reformed Churches (WCRC).

“We are very grateful that the LWF has elected a person of your ecumenical and theological stature, and we celebrate your election as the first female general secretary of the LWF and one of the first of a Christion world communion. Your election is an important signal of the empowerment of women to the whole ecumenical world!” wrote Chris Ferguson, WCRC general secretary, in a congratulatory letter.

WCRC President Najla Kassab also shared her congratulations, saying, “We look forward to her leadership and trust that the Lord will enrich the LWF with her talents and her experience as a woman leader. The new encounter of women and men in leadership will bring seeds of reformation towards lived justice where envisioning of ministry will be richer and more inclusive to different ways of expressions and insights.”

The LWF and WCRC have had a long history of ecumenical dialogue and cooperation. The dialogue report “Communion: On Being the Church” established that there are no theological divisions that would prevent Lutherans and Reformed to declare full communion. In several countries, Lutherans and Reformed have joined in united and uniting churches.

Through the Wittenberg Witness, signed in 2017, the two organizations committed that this profound unity takes shape in the life and witness as ecclesial communities. In this spirit of a common calling to the two communions, the LWF and WCRC cooperate in their witness to the gospel that calls for dismantling oppressive economic, political, social systems that all people will know God’s gift of abundant life.

Burghardt looks forward to continuing the cooperation between the two organizations, noting, “It is extremely important to come together to see where on the global level we can cooperate. This needs to be found out in mutual conversations to determine what are the best ways to increase our cooperation, also visibly.”

“We hope to continue our journey of cooperation and joining hands in building the church in the midst of challenging times,” agreed Kassab.

Burghardt, 45, is currently serving as Head of Development for the Estonian Evangelical Lutheran Church’s Institute of Theology and advisor to the church for international and ecumenical relations.

Burghardt will take over as LWF’s new general secretary at the beginning of November, succeeding Martin Junge who has led the communion of 148 member churches for the past eleven years. She will be the first woman and the first Central Eastern European to hold this leadership position.